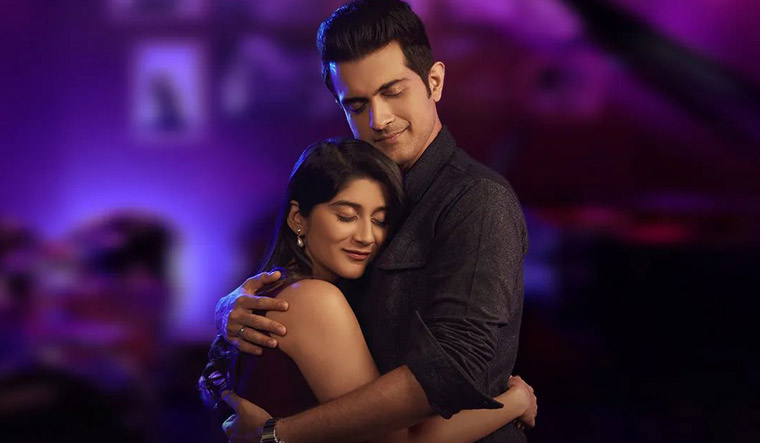 Two persons in their 20s, pursuing higher education, meet, like each other and get married. Lakiro (Lines) takes off from there and revolves around small conflicts the couple has in their day-to-day lives.

Lakiro is a movie that will go well in any language as it is a story of a newly-married working couple. However, the charm is watching the movie in your mother tongue. And what sets apart this movie in Gujarati is its treatment.

A Darshan Ashwin Trivedi directorial, Lakiro is pathbreaking in more than one way and raises the bar of Gujarati films. It isn’t a typical story in which you expect the two families to give suggestions.

The couple, Raunaq Kamdar (Hrishi) and Deeksha Joshi (Richa), takes the decisions and both the families mainly stay out of it. As Deeksha says, “It isn’t a preachy movie.”

The conflict starts when Richa takes up a job whereas Hrishi thinks she does not need to, as he earns well and that she should enjoy life. Richa, on the other hand, feels she should take up a job since she is a topper.

The next set of problems begin when Hrishi wants a baby and Richa does not at that point in time due to their work schedules. These are arguments that several working couples will be able to relate to.

As the story progresses, what takes you by surprise are the intimate scenes between the lead actors, something unheard and unseen in Gujarati movies. Set in Ahmedabad, Mumbai, Pune and Bengaluru, the movie, including cinematography, has been treated like a Hindi movie.

Trivedi told THE WEEK, “The story line demanded these scenes. I told the actors and they were fine with it.”

Richa loses her patience when Hrishi accuses her of sleeping with her boss Nikhil, played by Vishal Shah. She decides to file for divorce. Does the couple end up getting separated? Watch it, to know it.

Another first in Gujarati movies is the use of jazz music. It is good and the title song of the movie and other songs have made it to the top 10 charts. Another first is Warner Music India having its first Gujarati album.

At times, the movie seems a bit stretched. However, given the experimentation, it is definitely worth a watch.