Cirkus review: Rohit Shetty-Ranveer Singh flick fails to get its act together

Cirkus questions not just our logic but common sense, too 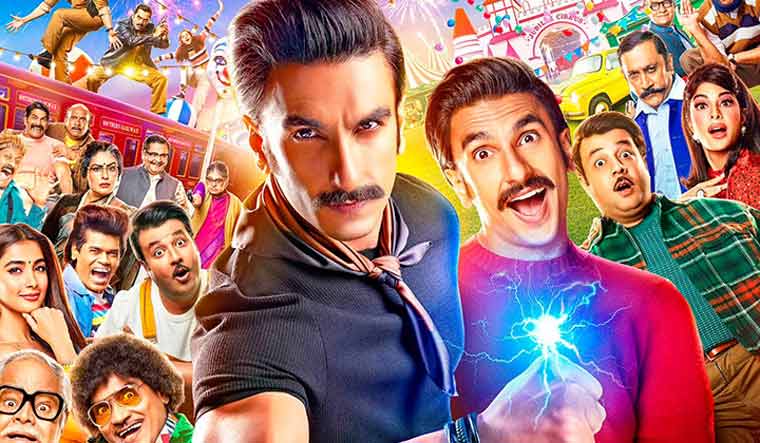 Too many cooks spoil the broth, they say. Penned by three writers, Rohit Shetty's over-the-top Cirkus is a broth that leaves more than just a bad taste in the mouth. Ranveer Singh, who is in the lead, fills each and every frame (also because he is in a double role!) but fails to leave a positive impact on the audience, thanks to a forced performance. In fact, it is Sanjay Mishra and co. who take the cake and the cherry with their remarkable and exceptionally entertaining buffoonery.

The plot revolves around the chaos which ensues when two sets of identical twins are separated at birth and end up at a hill station at the same time as grown-ups. They are identically named, too - Roy (Singh) and Joy (Varun Sharma). A doctor (Murali Sharma) who runs an orphanage swaps the babies at birth to test his dated nature versus nurture experiment in order to prove that it is the upbringing that matters and not the bloodline. This he does to encourage adoption. But the slapstick humour used to convey the message gets overbearing beyond a point.

It is only after the entry of a line-up of Shetty's trusted team of comedians, led by Mishra, that the film begins to feel more interesting with its situational humour. Johnny Lever, whose entry promises a laugh riot, fizzles out too soon.

Jacqueline Fernandez and Pooja Hegde as the love interests of the identical twins hardly add any substance to the buffoonery and ruckus that unfold in Ooty. Cirkus questions not just our logic but common sense, too. To further the concept in Hindi films that separated twins must feel some unexplained connection, Cirkus turns to electricity – when it courses through one Roy, the other one turns into a livewire. It is Shetty's best bet to evoke laughter but it falls flat on its nose.

Also, there isn't even a wee bit of nostalgia of travelling circuses - in fact, nothing that could take us down memory lane. That side is never explored in a film which is titled Cirkus! Perhaps, a bit more time, effort and creativity spent on bringing out the joys of circus would have elevated the film, which turns out to be nothing more a disappointingly sketched school skit.