'Yashoda' review: Samantha shatters stereotypes to shine in this thriller

'Yashoda' is an ode to motherhood 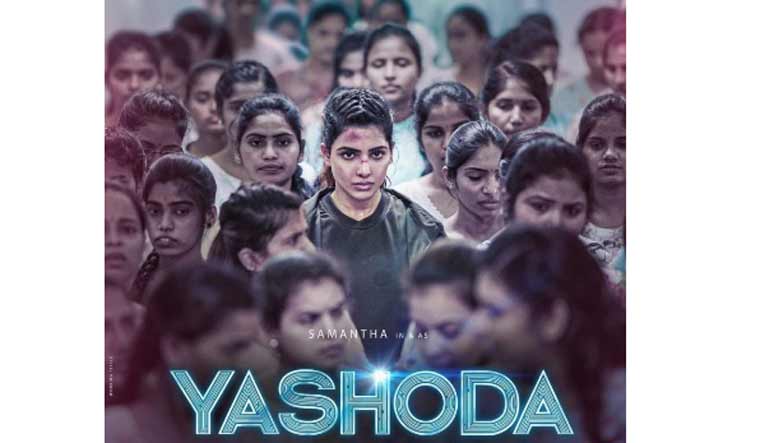 Simply put, Samantha rises above the regular commercial trappings of an actress to deliver a clincher. When you leave the theatre you cannot recollect any scenes of the actress grooving to catchy songs or watching mushy scenes of her with a male actor. The hero of the movie is Samantha—the mother.

The plot starts with Samantha embracing motherhood, fighting off villains while pregnant and mouthing dialogues that intend to question why can't women be as brave as men. In one particular scene, Yashoda assures fellow pregnant women that she is like the Hindu epic character Yashoda (foster mother to Lord Krishna) and like her, will protect their unborn children. The glorified and emotional scenes elevate the screen persona of Samantha while striking a chord with the audience.

Yashoda, for the lure of money, agrees to become a surrogate mother. Through an organised system, she is transported to a facility with the latest and most sophisticated infrastructure. There, she mingles with four other participants and forms a bond with them. The facility called Eva is run by Dr Madhu (Varalaxmi) who has laid down rules and regulations for the surrogate mothers to deliver healthy babies to her clients. The surrogate mothers are expected to follow a regime as per instructions provided to them.

One can't help but notice that filmmakers might have been under the influence of squid games while designing the sets or filming scenes here. There is a parallel track unfolding. A supermodel and her boyfriend—a business heir—are killed in an accident. A police team investigating the deaths concludes that it was a planned murder masked as accidental death. The investigation leads them to a beauty product and its manufacturers who are linked to a beauty manufacturer. Murali Sharma as police commissioner keeps a close watch on the investigation but later ends up as an important link in the entire case. Before the interval, Yashoda grows suspicious about her missing friends who disappear into restricted zones of the facility immediately after developing complications. To investigate, she wades deeper into the dangerous terrain.

Unni Mukundan is one of the doctors at the facility who seems to have his eyes fixated on Yashoda. Only post-interval, the two plots running parallel converge to unveil a dangerous crime that goes beyond surrogacy and Yashoda’s role has a suspense element to it. Samantha performs action sequences with ease and they turn out to be one of the highlights of the movie.

Directors Hari and Harish came out with a gripping movie that keeps the interest of the audience intact. It is Samantha’s show all the way as she outperforms herself and continues to prove a point with women-oriented movies. Motherhood transcends languages and so does Samantha’s charisma in this multilingual film