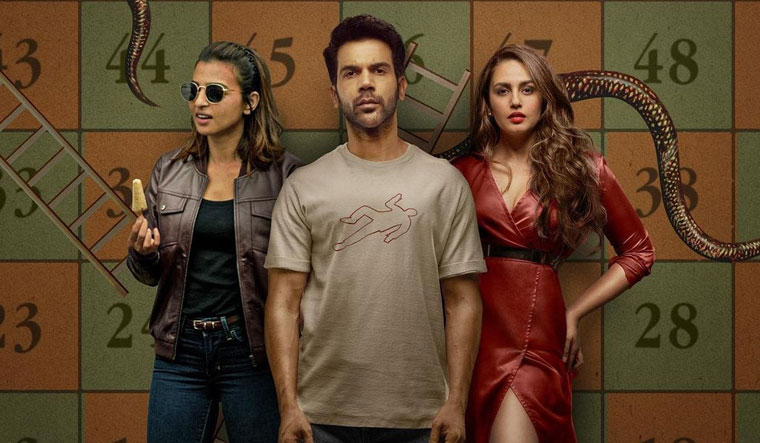 Monica, O My Darling, which premiered on Netflix, is a dark comedy crime thriller that fills the viewers with a sense of nocturnal aura with the old Hindi music “Piya Tu Ab to Aaja” which is echoed throughout the movie. Structured in pulp fiction style, the film, starring Rajkummar Rao, Huma Qureshi and Radhika Apte, is an engaging suspense thriller with plenty of twists, thrills, and robots.

A cycle of murders, and a cat-mouse chase with the killer, with some romance and revenge added to the proceedings, Monica, O My Darling throws in several elements to make it a fun watch.

Jayant Arkhedkar (Rao), a robot specialist who struggled his way up to the top from a small village, is found by the business tycoon Satyanarayan Adhikari (Vijay Kenkre) at an IIT fest. Jayant becomes an important part of the business and falls for Adhikar’s daughter Nikki (Akansha Ranjan Kapoor), who comes across as a spoilt rich girl.

The smooth ride is interrupted by the entry of enticing Monica (Qureshi), and chaos follows. There is corporate jealousy, vengeance, a sequence of dramatic events, and some unexpected twists and turns which bring in the character of Apte, a cop. But Apte's is a fun cop, and says things like “give a little slack to the story, with feelings” when interrogating Jayant, which sums up the whole mood of the movie.

The film also showcases a few innovative techniques for the action and murder sequences. The background score is enchanting too, adding to the fun and drama unfolding on the screen.

Monica, O My Darling is a fun weekend watch.