Alia Bhatt's striking performance could not save film from falling flat 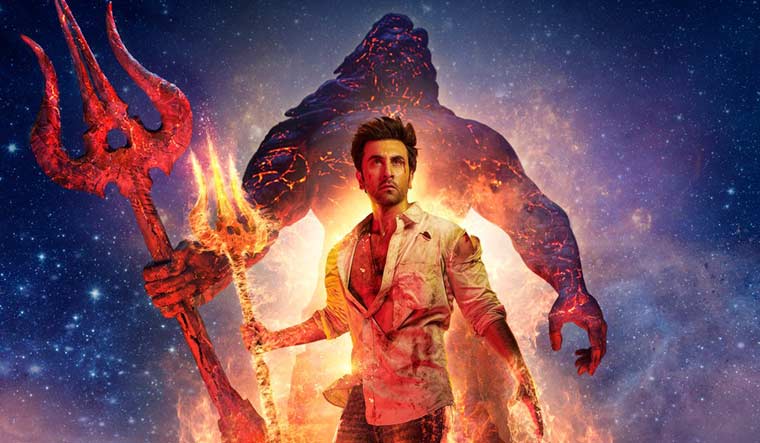 "Tum ho Kaun aur yeh ho kya raha hai?" (Who are you and what is happening here?) asks Alia Bhatt's character Isha, more than once in Ayan Mukerji's mega-tent pole Brahmastra, part one of what is said to be the most expensive Bollywood trilogy till date with a production cost of Rs 410 crore. Thirty minutes into the film, one can understand why. In the razzmatazz and the dazzle, the frenetic music and the array of never-seen-before special effects, there is an acute lack of an arc, an angle, as if the makers did not consider the plot to be worthy enough of any time, money or attention. Despite the excessive and extensive promotions, the hype generated on social media by Bollywood's who's who in support of Dharma's yet another 167-minute long drag, the film disappoints. Perhaps, Dharma Productions really needs an introspection and Karan Johar might want to divert his energies from his Koffee to some serious film-making.

Ranbir Kapoor as Shiva is a DJ who earns his living by playing at larger-than-life events; the film opens with him performing at a big Durga Pujo gathering where he sees Isha for the first time. An orphan, who's blessed with the Agniastra (fire power) and thereby is tied to the Brahmand or the Astraverse, just like that of his parents, Shiva is now tasked with saving the world and keeping the universe in place. Many moons ago, Brahmastra, the weapon of all weapons was divided into three for safe-keeping and throughout the film the lead pair is on a hunt to find all three pieces to complete the puzzle.

Shah Rukh Khan plays renowned scientist Mohan Bhargav who possesses Vanar Astra (monkey power) and is shown to be a part of the community that is charged with protecting the Brahmastra. It is refreshing to watch Khan do his thing on the big screen after a very long time. However, his character fails to impress. Nagarjuna is gifted with the Nandiastra (bull power).

The villain, played by Mouni Roy, along with two of her followers, are bent on owning the Brahmastra. It feels more like a big budget sci-fi fantasy drama against the backdrop of Hindu mythology where everyone is chasing the Brahmastra and in the process showing off their own mythical and magical powers. Given that this is the first time Bollywood has even attempted a film in this genre and at such a scale, it is a shame that the execution turned out to be boring. The dialogues are bland and juvenile. Even Bhatt's striking performance could not save the film from falling flat. The only aspect one can take away is Brahmastra movie songs, with 'Kesariya', 'Deva' and 'Dance Ka Bhoot' all turning out to be peppy and fun. The Astraverse isn't simplified for quick and easy understanding of range, theme and powers of the Astras; the unsuccessful attempt at explanation lasts till the very last minute of and makes one snooze all the way till the end.

Amitabh Bachchan’s character in Brahmastra movie storyline is reduced to being a mere guru with no agenda, whatsoever.

At the end of the film, the makers announced Brahmastra – Part 2. Ayan Mukherji has wasted the skills and popularity of Shah Rukh Khan, Nagarjuna, and of course, Amitabh Bachchan. The same will happen with the next set of actors who decide to be part of Brahmastra movie cast. The best the audiences can do is brace themselves and just avoid it.