Dhanush plays the boy next door, who is in search of love 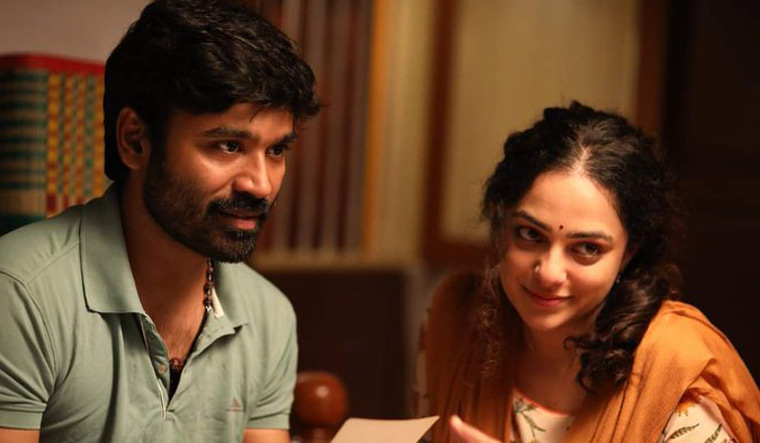 In Velaiilla Pattadhari 1 aka 'VIP1' Dhanush played the boy next door, an unemployed youth loved by his family, neighbours, and of course the audience. He plays the boy next door in the recent outing Thiruchitrambalam as well, and is much more innocent.

Thiruchitrambalam, directed by Mithran Jawahar, is a romantic-comedy; it is also much more than a love story. The director brings in a host of emotions—joy, sorrow and grief—to tell the story of a man who has been keeping his emotions suppressed.

Dhanush plays Thiruchitrambalam aka Pazham, which in Tamil means innocent. He has played similar characters in the past, and in Thiruchitrambalam too, he gets into the skin of the character of a food delivery guy with no ambitions. He is trying to find love and as the journey goes on, he realises how much his father, a policeman, played by Prakash Raj, loves him.

Thiruchitrambalam first tries to woo Anusha, his childhood crush, played by Rashi Khanna. Later, he falls in love with Ranjana, a girl in his hometown, played by Priya Bhavani Shankar. His neighbour-friend Shobana, played by Nithya Menen, supports him in both his affairs. The movie is about how both these relationships end, and how Thiruchitrambalam starts the journey of self-discovery.

The movie is as much about Shobana and Pazham's grandfather, played by Bharathiraja as it is about Dhanush's character. Nithya Menen's Shobana win the audience with her innocence and wit.

Dhanush is a treat to watch. Look out for the scene in which he burns his father's uniform. Bharathiraja as the grandfather who likes to share a drink with his grandson and make merry, while also being his mentor and guide in his journey of life, charms the audience.

Thiruchitrambalam may not exactly have a theme or leave you with a message, but it will sure keep you engaged till the end. The few troubles in Thiruchitrambalam's life are resolved pretty quick, but with a few twists.