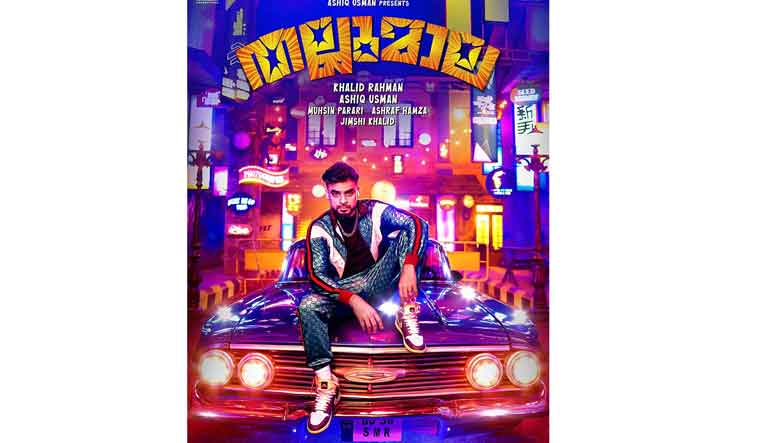 Thallumaala is a portmanteau of two words: thallu (brawl) and maala (chain). Khalid Rahman’s third film Thallumaala, starring Tovino Thomas and Kalyani Priyadarshan, is literally about a chain of bloody and brutal brawls. With a strong script—complemented by a strong flavour of Malabar—it delivers what it promises in its title and more.

Rahman is a filmmaker with great control over the medium—which he had proven through his films Unda and Love. But with Thallumala, he moves up a notch as a director.

Thallumaala talks about the story of a youth named Waseem (Tovino Thomas) and the uncountable number of fights in which he engages. The fights land him in trouble, but at times, it gains him friends, too. A group of men with fragile egos and temper issues, Waseem’s crew is ready to pick up a fight—even at the most important juncture of Waseem’s life— without thinking too much about the long-lasting consequences.

Tovino is an actor who would simply steal the show if he slips into the skin of a character in his comfort zone. But then Tovino is also an actor who continuously tries to push his boundaries and widen his comfort zone. In Thallumaala, he reinvents himself as a complete package of entertainment. Tovino is someone who excels in action sequences. But in Thallumaala he shines with his dance moves and rap, too.

Kalyani’s BePathu is a strong swag character who claims a huge social media following. Pathu is safe in Kalyani’s hands. The love story of Pathu and Waseem is portrayed most believably while ensuring that it is not exactly a 'Kalippan and Kanthari' tale (the celebration of a toxic relationship).

Thallumaala is a film with a nonlinear narrative structure with the plot divided into different chapters. Rahman uses this narrative structure to give the audience a parallel view of the present and the past of the protagonist. This also ensures no drop in the film's energy in either of the halves. The script by Ashraf Hamza and Muhsin Parari is top-notch. There are plenty of characters and backstories and flashbacks in the script. But the scriptwriters ensure to give an identity to each character and their lives—which are as complex as those of Waseem—without making a mess. The script encapsulates numerous subplots. Waseem’s relationship with his father is the most heart-warming one among them. Johnny Antony delivers controlled acting as Waseem’s father. The bond between Waseem and his four buddies is also something worth mentioning.

Thallumaala has a great supporting cast. Lukman Avaran, Adhri Joy Austin Dan and Swathi Das Prabhu give stellar performances as Waseem’s friends. Shine Tom Chacko excels as a complex character, sub-inspector Reji Mathew. The original choice for the character of Reji was Soubin Shahir. But replacing Shahir with Chacko was a good decision that helped the film as Reji is the character that demands a physique that matches that of Waseem.

Thallumaala is a success as a great musical also. Songs are effectively used at various junctures in the plot. Muhsin Parari does pure magic with his lyrics, especially in the songs 'Ole Melody' and 'Ndakkipattu'. Vishnu Govind’s music is so fresh and energetic. His background score ensures to keep the energy high throughout. Nishadh Yusuf delivers intelligent editing for the film, whereas, Jimshi Khalid gives a visual treat with his cinematography.

Thallumaala may have been a film written by a millennial, but it truly is a film for and is about Gen Zers. The kind of language they use, the people they celebrate and the kind of entertainment avenues they have—all these find a space in Thallumaala. At the same time, it also ensures passing the Riz test while representing the Muslim lives of Malabar.

There are some important observations about contemporary Kerala. For instance, it touches on the struggles of single-screen theatres in the state. It also makes some apt observations about certain societal troubles, too: how youngsters have been idolising men with fragile egos and temper issues, how toxic and brutal Malayali cyberspace can be; how reels stars manage their real lives. But it does not try to be preachy about anything. Instead, it focuses its energy on building a fictional world, with complex characters that are very much relatable to those in the real world.