'Shamshera' review: This Ranbir Kapoor-starrer is a damp squib

The Karan Malhotra directorial is a messy, unconvincing affair 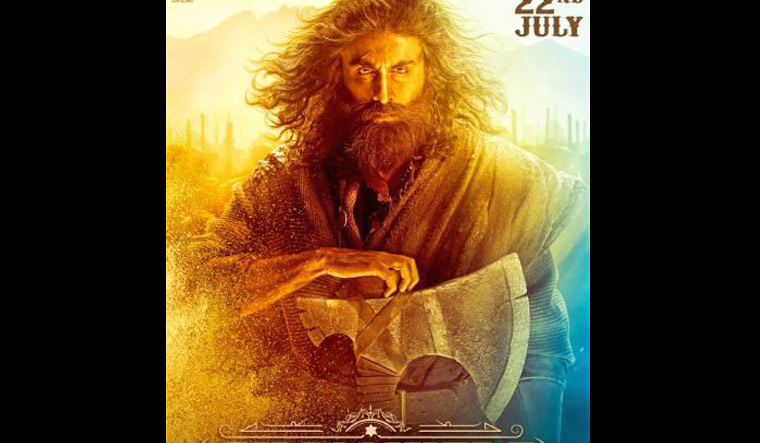 I was tempted to count the number of people watching Shamshera along with me in the theatre. There were about 15 people. This was a high-end multiplex in a prime area of Mumbai. After three hours of sitting through this noisy, loud, overbearing film, that the reason for the empty hall became apparent. Shamshera is a drag. But that is not its only flaw.

Its screaming, messy and torturous plot takes the shine away from the exceptionally powerful performances of both, Sanjay Dutt and Ranbir Kapoor. The screenplay and everything else about the movie make you so weary that by the end, you just want to get done with the film.

Earlier, in an interview, Ranbir Kapoor had said Shamshera was a larger than life action role that he fell in love with instinctively upon listening to the script. He had also said it was different from the more grounded roles he has essayed in all his previous films. However, if you can muster up the patience to sit through Shamshera until the end credits roll up, you realise that it is a no-brainer and Kapoor should have applied better judgement before saying 'yes' to it.

Unfortunately, a film which was supposed to have rescued his career after a four-year hiatus (his last film was Sanju in 2018), does nothing good for him. All we see on screen is how Kapoor's larger than life persona overshadows his character arc. May be the YRF banner too should consider taking a break from filmmaking for sometime, until its gets its groove back. Given its recent track record of churning up films which turn out to be box office duds, it makes sense for YRF to take a break. In 2018, YRF made Thugs of Hindostan which too bombed badly at the box office. This one is a repeat.

Directed by Karan Malhotra, who is also behind the the screenplay, Shamshera has no real, substantial or credible storyline, except for a dacoit drama that feels like a randomly knitted patchwork quilt which appears gaudy and garish. Set in the second half of 19th century, Shamshera has Kapoor playing Balli and his father in gap of 25 years, both members of an enslaved tribe in the North Indian settlement of Kaza. The film begins in 1871, the year British colonisers passed the Criminal Tribes Act that notified entire communities as potential criminals. Shamshera leads the fictitious and downtrodden Khameran community and emerges as its hero who rescues it from the shackles of slavery. However, the way he evolves from a slave to a liberator riding on a horseback is as unconvincing as it is grandiose.

Shamshera, based on a story by Neelesh Mishra and Khila Bisht should be avoided, unless one is in love with both Kapoor and Dutt, and don't mind gazing at their larger than life personas on celluloid for what feels like an eternity.