'Malayankunju' review: Much more than a survival drama 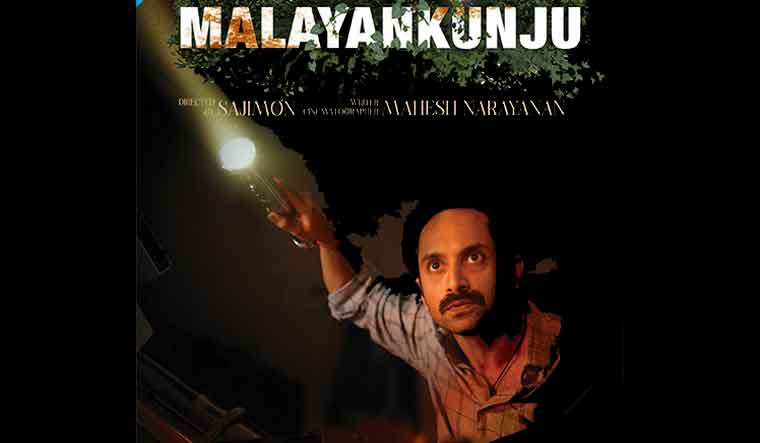 A one-liner about Fahadh Faasil’s new film Malayankunju is an easy one: The survival instincts of a man who gets trapped 40 feet under the ground in a landslide. But Malayankunju is more than just a survival thriller. It is a film that talks about the deep pit in which our society and mindsets are trapped, even when we claim to be "progressive".

Malayankunju revolves around the life of Anil Kumar aka Anikuttan, an electronic mechanic, who is frustrated with the world around him. He is ready to pick up a verbal fight with anyone around. He gets disturbed by hearing his neighbour’s child crying. He is a casteist who abhors the child’s community, too. But a landslide would change his thinking pattern. That one sound that he hated the most—the child’s cries—would become the reason for his efforts to get out of the pit he is in.

Malayankunju is a director’s film—one that relies on the visual language of the director. Debutant Sajimon Prabhakar, who sets his story in the high ranges of Kerala, handled it decently. The first half of the film explores the daily struggles of the people of the high ranges. Here the film makes a commentary on how casteism works in Kerala society. The film subtly portrays how people get discriminated against or insulted, or their “merit” is questioned when they belong to a backward caste or community. It also observes ways in which “untouchability” is practiced in Malayali society.

Prabhakar has ensured to give the audience rich detailing about the life and routines of his protagonist. The flashback scenes—a tragedy haunts the protagonist—are intelligently weaved into the narrative. The character Anil is a complex one. He cannot be boxed into any column; he displays psychological troubles and anti-social attitudes; even when he helps people, he wants to portray himself as a mean person; he sets an angry young man image for himself and he hates people seeing him struggling and crying. It is a personal tragedy in Anil’s life that cements the casteist feelings in him. And, it is another tragedy that takes him out of that pit.

Music plays an important role in Malayankunju. A. R. Rahman composed the music for the film. The background score in the underground scenes elevates the claustrophobic feeling offered by the film. However, at times, this viewer felt that it would have been great if there was more efficient use of silence also, to lift the mood. The underground scenes in the second half were shot in a set created by Jothish Shankar and his team. Shooting in such an enclosed space, with dirt and mud around, is a Herculean task. Mahesh Narayan who handled the cinematography has done a great job here. Mahesh also wrote the script for the film. The sound designers—Vishnu Govind and Sree Sankar—have done a beautiful job. They ingeniously create the mood of an impending storm in the first half. They also manage to generate the kind of sounds that would be heard when a person is trapped under the ground.

Malayankunju hits the right notes of emotions in its climax scenes. It was a film that was originally planned for an OTT release. But seeing the scope of the film, the makers changed the contract and went forward with a theatrical release. It was, indeed, a great decision on their part. Malayankunju is a film that deserves a theatrical watch. The kind of experience it offers on a small screen will not be comparable to that on the big screen.