'Doctor Strange in the Multiverse of Madness' review: The Scarlet Witch rises (and falls?) 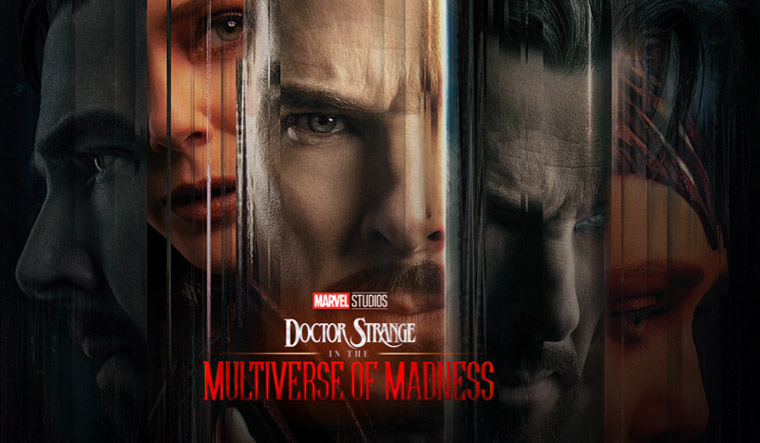 An underwhelming story; an overwhelming spectacle. That would be the best way to describe Doctor Strange in the Multiverse of Madness (MoM). But, is that not what was expected?

After all, the plots in the Marvel Cinematic Universe (MCU) projects these days are little more than building blocks to the next big war. If that turns out to be as good as Avengers: Infinity War (2018), well, it would be worth the wait.

And going by the events of MoM, things seem to be shaping up pretty well.

The movie picks up where WandaVision (2021) left off. So, anyone who has not watched the nine-episode mini series must do so before buying tickets for MoM. If not, they are going to be lost and confused.

The start of the movie is engaging. There is not too much mystery regarding who the villain is. But, for those who have not guessed it, the reveal comes early on. Benedict Cumberbatch's Doctor Strange, usually so self-assured, is unsure of how to deal with this new threat. And that makes the gravity of the situation clear.

Strange decides he needs back up and turns to Wong, the Sorcerer Supreme. Even as their army—sorcerers and apprentices from across the world—get ready for their last stand at Kamar-Taj, it is painfully obvious that they will not last long. The fight (read annihilation) that follows though was not well choreographed and was a little boring.

But, the audience do not get much time to think about the battle as the movie literally jumps forward. And into the multiverse we go. At this point, it becomes clear that the 2021 animated anthology series What If...? was also important. Those who have not watched What If...? will not be able to appreciate the 'multiversal quest' the same as those who have.

MoM is the most visually stunning movie in the MCU so far. And that is definitely no mean feat. But, it lacks punch apart from those scenes and the well-known, fearsome power of the villain. The writing is flat and the attempts at suspense are weak.

Cumberbatch's attempt to humanise the superhero—Doctor Strange—is successful and he deserves praise for the stellar portrayal of the various Strange variants shown in the movie. The original Strange spends most of the movie being overwhelmed in fights, even the ones he wins. The one fight where he is able to go toe-to-toe with an adversary is well-conceived. The background music for this part is brilliant.

Elizabeth Olsen as Wanda Maximoff/Scarlet Witch steals the show from the leading man. Olsen is phenomenal in her portrayal of the tormented former Avenger. Her characterisation fits in perfectly with the end of WandaVision. However, some of the dialogue was weak. Though Olsen has managed to make even those lines look convincing.

One of the best scenes of the movie has the Scarlet Witch fighting a few familiar names in another universe. The battle was quite different from what has been done so far in the MCU. The movie/editing did the scene an injustice by not giving it enough room to breathe. But, MoM put the full range of the Scarlet Witch's powers on display and her character's arc came to a logical and satisfactory conclusion. It remains to be seen if, or how, the MCU brings her back.

Benedict Wong and Xochitil Gomez as Wong and America Chavez, respectively, do justice to their roles. Though Chavez was key to the plot, she did not do too much else. But, we can expect to see more of America Chavez in the MCU going forward. It was nice to see Wong finally being given some screen time. The Sorcerer Supreme also shows of his previously underutilised skills.

The return of Karl Mordo (Chiwetel Ejiofor) does not amount to much. Christine Palmer (Rachel McAdams) is given a bigger role.

Overall, the Sam Raimi directorial is enjoyable and has just enough going on to retain the interest of the audience. It continues the tradition of mid- and post-credit scenes. The mid-credit seen sets up the future path for Doctor Strange and introduces an Oscar-winning actress and global superstar to the MCU. The post-credit scene is just a joke, but still worth sticking around for.

Movie: Doctor Strange in the Multiverse of Madness