Dasvi movie review: No concrete takeaways in a shoddily-made affair

The one shining light is the women actors, who shoulder the film really well 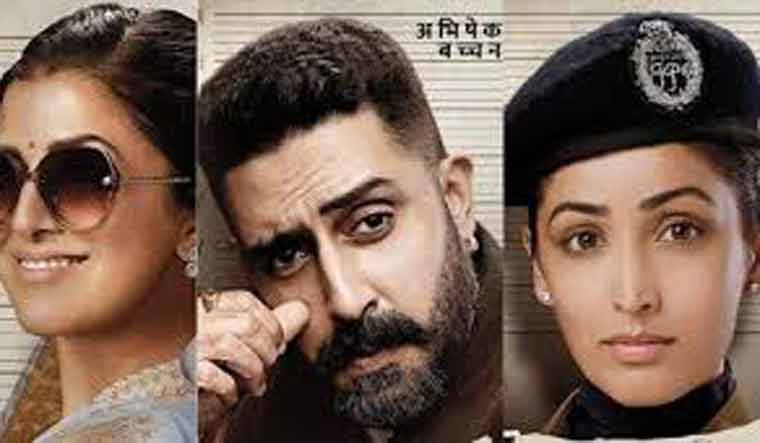 Dasvi operates on multiple plots and narratives because of which it looks like a headless chicken trying to get at least something right. Right to education, powerplay between the genders, khaps and their anti-love rules, female empowerment in the face of toxic masculinity, are all fleetingly touched upon, yet, nothing concrete emerges as takeaway despite two hours of suffering in this shoddily-made film. It is disappointing that a stellar cast—Abhishek Bachchan, Nimrat Kaur and Yami Gautam—is wasted on an unimaginative and insipid script. Yet, all three come out alive on screen in their effort to keep the viewer engaged, at least in bits and parts—in doing that, each of them succeed unfailingly.

The plot is multi-layered—rather, hotchpotch. Haryanvi politician Gangaram Chaudhary (Junior Bachchan) as the incumbent CM of Harit Pradesh, has been indicted and jailed on the charges of corruption. As the Class 8 pass-out, flamboyant, street-smart macho CM gears up for a "lavish" prison stay, he instructs his meek, docile and obedient wife, Bimladevi Chaudhary (Nimrat Kaur), to take over the reins of power until he returns. All good till here, until a painstakingly long in-prison drama follows, and goes on and on right into the second half.

The ex-CM has suddenly and very randomly come to realise the significance of education and has taken it upon himself to appear for his Class X exams. And that is the beginning of the farcical. Running in parallel, the inanity of Gangaram Chaudhary's antics are very well supplemented by the fantastic and riveting performance of two very able women: Kaur and Yami Gautam (as the jail superintendent and strict cop Jyoti Deswal).

Both the women shoulder the film really well and bring in sense and sensitivity to the plot. Kaur, in her transformation from the submissive Haryanvi wife to a conniving boss lady and acting CM, is totally relatable and a treat to watch. And, so is Gautam as the no-nonsense cop who takes on the big bulls, displaying the exaggerated Haryanvi machismo. After watching Dasvi, one is bound to feel that the film was scripted for Junior B rather than the other way round, given that he is literally in almost every single frame. The star precedes the actor and that becomes overwhelming for the viewer; which is why, it is a relief to watch the women take the centrestage each time the frame shifts.

Yet, it is the women who walk away with the prize. Apparently for a scene with Nimrat Kaur, who plays his wife in the movie, Abhishek Bachchan imitated Big B's body language from Khuda Gawah when the latter's character Badshah Khan meets his wife Benazir (played by the late Sridevi) after several years. While Bachchan has delivered as per the script, one cannot help but wish his part had more nuance and heft to it. The music is dull, while the cinematography is above par. Dialogues are bland, except for the few husband-wife exchanges between Kaur and Bachchan. Director Tushar Jalota could have trained his lens on the contextual background of Haryana while he was at work, and that could have shifted the spotlight from the overbearing focus on the stereotypical Haryanvi politician as essayed by the male protagonist in this film.