'Valimai’ review: With lots of bikes and a weak plot, Ajith’s film is a test of patience 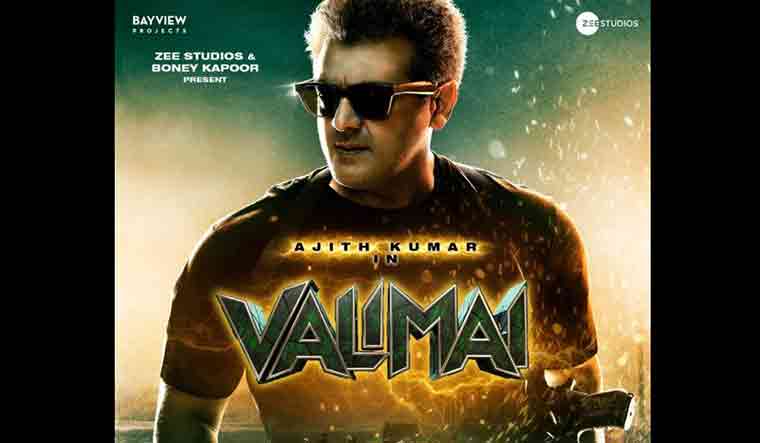 For actor Ajith Kumar’s fans who were waiting to catch him on the big screen, Valimai is a big treat. The sound of bikes and Ajith’s gritty look make fans excited. All thanks to director H. Vinoth who is back with Ajith in Valimai, after his Nerkonda Paarvai.

The film opens with cocaine being packed and shipped. And it reaches the Pondicherry shores and gets packed into small packets to be distributed in Chennai. And then a series of chain snatchings and murders happen in the city. When the city police commissioner worries about the increasing crimes in Chennai, enter Arjun (Ajith), Assistant Commissioner of Police. Arjun is a straight forward police officer. The hero is introduced at the famous Chithirai festiva in Madurai, only to reveal how he rises from the depths.

Arjun’s family is dependent on him—elder brother is a drunkard, younger brother doesn’t have a job, and his mother is always worried about his brothers. And then, with the family, Valimai, moves from Madurai to Chennai, to chase the drug mafia and bikers. As Arjun begins hunting down the drug mafia and the bikers who are in the network, Sofia (played by Huma Qureshi) joins him, in his first investigation—a suicide case. He finds that drugs, chain snatching and murders are done by the same network. When the leader of the drug gang, Karthikeya, finds that Arjun is after him, the story takes a different turn. But when the investigation reaches a particular point, his family falls in the trap.

The very opening of Valimai is very interesting. Director Vinoth sets a thrilling tone with the bikes at the beginning. But as Valimai moves ahead, the very sound of the speeding bikes makes the audience bored. Watching these bikes, Ajith and other bikers flying in the air, might be thrilling for his fans, but for the general audience, it is too exhausting. The screenplay, too, is a drag.

It is interesting to watch the modern cybercrime control room with many women leading the show. But this is far from the reality of cyber security in India. Every character in Valimai, including Huma and both the brothers feel like add-ons with no depth. The characters are either fully for the hero or completely against him. The twist comes towards the end of the first half. And if you expect that the twist will make the second half much more interesting, it disappoints you. The second half is long and tiring with just bikes and bikers again. Besides this, Ajith’s expressionless face adds to the misery. That said, producer Boney Kapoor must have spent huge amounts of money to fuel the bikes, considering the skyrocketing fuel prices in India.