If you are Bhai fan, and know what to expect from him, you may not be disappointed 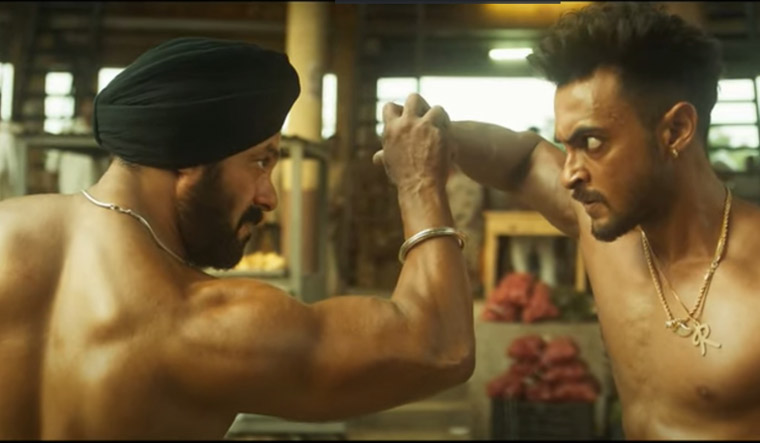 Isn’t it funny when someone advises you not to do something which that person is already doing? This is exactly what the protagonist in the latest Bollywood flick, Antim: The Final Truth, does.

Salman Khan's Rajveer Singh is an upright police officer who asks criminals to shun violence, but beats them up on a whim. The film starts with the voiceover from the protagonist, highlighting the plights of the farmers who are forced to sell their land to the rich at a low price and have to work for them or leave for cities in search of livelihoods. Sakharam Patil (Sachin Khedekar) is one such farmer.

Though Patil accepts his fate and moves to Pune, his son Rahuliya (Aayush Sharma) isn't the one to forgive and forget. Rahuliya joins hands with some anti-social elements, antagonising his father and his girlfriend.

The film, being Aayush Sharma's second outing after the disastrous Loveyatri, does have a strong antagonist, and the actor does a decent job.

Mahima Makwana, playing Manda, gets enough screen time to leave a mark in her Bollywood debut.

Salman Khan, as the law-abiding police officer Rajveer, failed to create an impact. Of course, the character has the usual coolness of the actor, but lacks the gravitas expected from such a role. Mahesh Manjrejkar, who played Manda’s drunkard father, fared better in the Marathi original.

Songs of Antim might be peppy enough individually, but do nothing to uplift the proceedings. The background score fitted the tone of the action flick.

Antim, a remake of the Marathi hit Mulshi Pattern, fails to recreate the impact of the original film. It is clear that the makers wanted to make a few changes to the original, but in the process, the essence of the Marathi flick appears to have been lost. The original was a fight between sons of two farmers who lost their land, and how they chose to accept the reality differently.

Despite the few flaws, if you are a Salman Khan fan, and know what to expect from a Salman Khan film—action, dance and a few punch dialogues—you may not be totally disappointed with Antim.