‘Bhramam’, starring Prithviraj, Mamta, is a remake of 2018-hit ‘Andhadhun’ 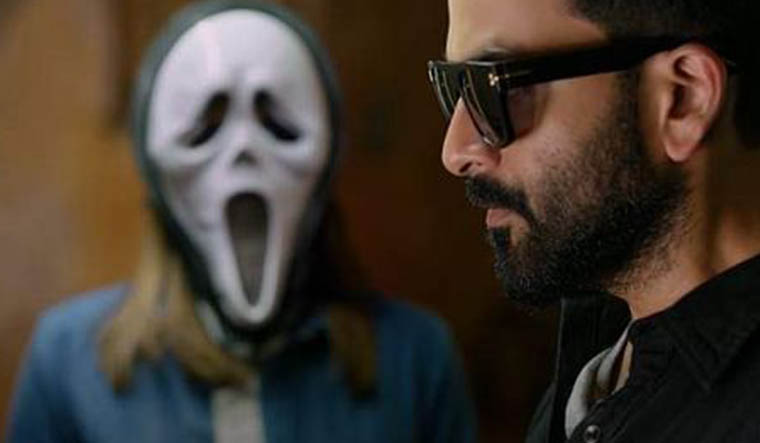 It’s not often that Malayalam cinema sees a remake of a Hindi film. More so in the recent past. Why, you ask? Is it because the south-Indian audience - especially Malayalis - is more exposed to Hindi cinema than the other way round? Or, is it because the Malayalam film fraternity in general and the audience in particular, prefer original content over remakes? It’s difficult to put a finger on it. The flow, as far as remakes are concerned, has been pretty much from south to north.

Which is why the Malayalam remake of the National Award-winning Hindi film Andhadhun evoked a lot of interest among Malayalis. It has already been made in Telugu (Maestro) and will soon be released in Tamil as Andhagan.

In Malayalam, it was christened Bhramam, meaning mirage, and is now premiering on Amazon Prime (the original film is on the rival OTT platform!). Interestingly, Andhadhun itself was inspired by a 2010 French short film L'Accordeur (The Piano Tuner) about a blind pianist.

Andhadhun was also about a ‘blind’ pianist who unwittingly gets caught in a murder case and how he comes out of it. What worked in favour of Sriram Raghavan’s film was that the setting and story were brilliantly relocated to Pune, with a stellar cast comprising Ayushmann Khurrana, Tabu and Radhika Apte, a taut script and Amit Trivedi’s memorable music.

Cinematographer-turned-filmmaker Ravi K. Chandran’s Bhramam stays true to the soul of the Hindi original – almost scene by scene. Which seems to be its undoing. For anyone who has watched Andhadhun, it becomes easier to compare the two films, with the remake standing to lose more then, than gain. Agreed the setting is Fort Kochi and not Pune (Honestly, the beautiful locales in Fort Kochi are hardly explored, despite the director being an ace cinematographer himself). Agreed that Bhramam, too, has a stellar cast in the form of Prithviraj and Mamta Mohandas. But is it as seamless and riveting as Andhadhun? Do the performances match up to that of Khurrana or Tabu or even Apte? You be the judge of that.

Also, when twists form the backbone of a film, as in the case of Andhadhun, the remake is bound to start a lap behind as there is hardly a surprise element for a viewer who has watched the original. This is where an adaptation is a far better option than a scene-by-scene remake.

Of course, Bhramam replaces the CGI rabbit with an even worse CGI wild boar (do keep ‘an eye’ for the boar!) and brings in CGI in the climax, too (Why, oh why). Ray Mathews (Prithviraj) has his own reasons for being ‘blind’, which are a bit different from that of Akash (Khurrana) in the original, but equally unconvincing.

Ray Mathews. Isn’t it too much of a coincidence that he, who lost his eyesight at 14, shares his name with legendary blind pianist Ray Charles? And in case, you missed it the first time, there’s a framed poster of the 2004 biopic Ray in Mathews’s house. There are other in-your-face moments like these when one feels that the director should have trusted the intelligence of the audience and let them make the connection or dropped it completely. Andhadhun did that wonderfully.

Both Prithviraj and Mamta are brilliant actors, but they pale in comparison to Khurrana and Tabu. Khurrana had, reportedly, spent years learning to play piano and also picking up the mannerisms of the blind, which showed in Andhadhun. Prithviraj has given it his best shot but …. Tabu’s age worked perfectly for her character in Andhadhun, not to mention the nuances she brought into the role. Mamta, as Simi, falls a bit short on both fronts. Khanna as Anna, though good, is no Apte, and her inability to speak Malayalam makes it jarring like a discordant note. Shankar, too, as yesteryear actor Uday Kumar, is not quite as natural as Anil Dhawan as Pramod Sinha in the original.

The supporting cast though puts in a good performance, be it Nandhana Varma as Kumar’s daughter, Jagadish as Dr Swamy and Ananya as the wife of police officer and Simi’s lover Dinesh (Unni Mukundan).

For a film that revolves around music, Bhramam’s music hardly stays with you after the film, or even throughout. Andhadhun had music lovers eating out of its hands with Naina Da Kya Kasoor and Laila Laila, and the background music as well.

Bhramam is definitely funnier and, at times, annoyingly so, when compared to the original, which was more of a black comedy. There are instances though, which evoke laughter as well as provoke thought, like the one makes one ponder on the connection (or the absence of it) between religion and crime. Plus 0.5 to Chandran for that!

For a viewer who has not watched Andhadhun, the Malayalam remake may well be highly entertaining. But it may be difficult to blindside those who have.

In one of the scenes in Bhramam, Anna, while talking about Ray’s incomplete but nice composition, tells him that some things, if completed, may lose its charm, and so, one should let it remain so.

Same with remakes, most of the time.