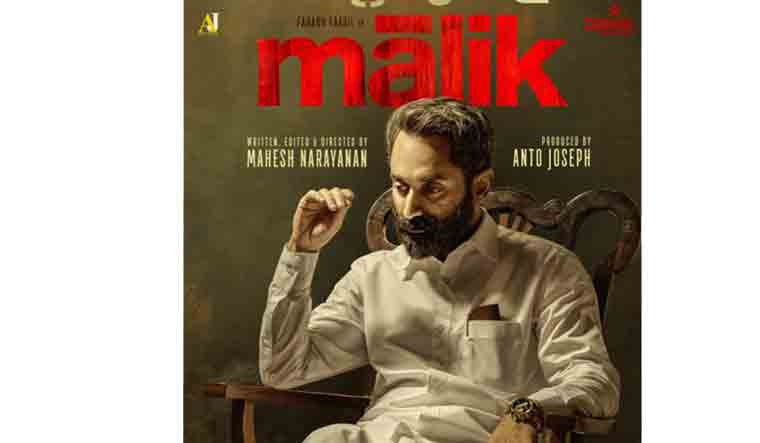 It was on the back of stories and tales that humankind built its civilisations, religions, kingdoms and nation-states. Shared stories influence us, define us. And, the thumb rule is that every story has more than one version. It is, in fact, not a major task to find these different versions, if one intends to do it. But, we do not want that, because we are more than happy and content with the versions that would be apt for our prejudices and notions.

Mahesh Narayanan’s Malik is the story, or a collection of stories, of two coastal hamlets: Ramadapally and Edavathura. There are different versions for each of these stories. Friendship, pain, vengeance, insecurity, love, betrayal—there is a whole spectrum of emotions that are carefully poured in. Crime, assaults and deaths are the outcomes of these emotions.

Malik is also the story of Ahammadali Sulaiman (Fahadh Faasil)—his metamorphosis from a small-time smuggler to the godfather of his hamlet in Ramadapally. The film opens to the eve in which Sulaiman is preparing to leave for Hajj. A “criminal” against whom there are terrorism-related charges, he is under the surveillance of the state even inside his little hamlet. The state is powerless, and Sulaiman is all-powerful, inside Ramadapally. He runs a parallel state there. However, once he leaves Ramadapally, the state nabs him. The plan is for an extra-judicial killing inside the jail while Sulaiman is under remand. But who would do it? The person that the police would find for that job is a juvenile from Edavathura. His details and family history, and his relation to Sulaiman would be revealed as and when different stories are told.

Malik has references to certain real events that happened in the 2000s in the coastal belt of Kerala. But it maintains that the geography and the characters are purely fictional. The script is tightly packed with numerous well-written characters and moments. But it takes an abstract stance when it comes to explaining whether Sulaiman was responsible for the series of terror attacks that were unleashed in Ramadapally. But the film takes a real stance against the soft violence unleashed on people, daily, by the “system”. It also dares to talk about how “terrorists” are created and executed by the state, when those who are really responsible for the terror get off scot-free. The film also gives hints about the invisible powers who aim to profiteer in the name of “development”. It also raises the question of whether those who are seen as the “elected representatives” of our democracy are representing people or these invisible forces.

The film portrays both Ramadapally and Edavathura as places where religions have a strong role to play. The film portrays religion as a tool of resistance and a tool to divide at the same time.

Malik is a film that demands multiple watches as it offers several complex characters. They are grey-shaded, and their decisions and choices are all decided by the will to power. This is the first character in the career of Fahadh Faasil in which he plays a role that is much older than real physical age. The film portrays Sulaiman’s life over four decades. And, Faasil brings his unique charm and screen presence to make people empathise with his character. Nimisha Sajayan who plays Roselyn—wife of Sulaiman—also gives a powerful performance. Dileesh Pothan’s Aboobacker, Vinay Fort’s David Christhudas and Jalaja’s Lyla Begum are the other praiseworthy characters in the film. Jalaja, who was active in the 1970s and 1980s, and had played iconic roles in Adoor Gopalakrishnan’s Elipathayam and K.G. George’s Yavanika, makes a great comeback in Malik. This is her first film after the 1992 film Snehasagaram.

Malik’s cinematography was done by Sanu Verghese who amazed the Malayalam audience with his debut film Aarkkariyam early this year. Verghese makes sure that the audience feels immersed in the stories of Ramadapally. Mahesh Narayanan had told in his pre-release interviews that Malik is a film shot for theatrical release. It is, in fact, a film worth watching on the big screen. Sushin Shyam’s music completely gels with the situations and boosts the scenes to a great extent. Anwar Ali’s lyrics for the song Theerame are mind-blowing. It completely captures all the emotions of Sulaiman and Roselyn’s life and love during their exile in the Minicoy islands in Lakshadweep.

Interestingly, parallels can be drawn between the resistance shown by Ramadapally and the currently undergoing protests in Lakshadweep against the policies undertaken by the Central administrator Praful Patel.

The Malayalam film industry is going through a phase of deep crisis induced by the pandemic. Malik is one of the biggest losses for Malayalam theatres this year. The film would have gained big applause from theatres, and would have given the big screens a chance to bounce back!