In Georgekutty's cinematic universe, nothing is impossible, and nothing is beyond him 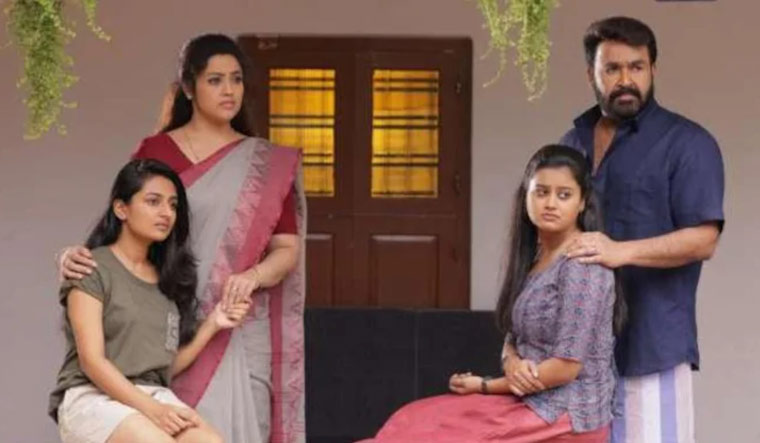 A still from Drishyam 2

Perfect crime is a myth. If fans of Jeethu Joseph's hugely successful Drishyam thought otherwise, its sequel Drishyam 2 is a reality check. Or so, Joseph wants us to believe.

The writer-director, who has straddled diverse genres like comedy (My Boss) and investigation thriller (Memories) with ease, turned the corner in 2013 with Drishyam, which was lapped up by the audience and was remade into several other languages. Though hard to digest in patches, Joseph the writer managed to convince the viewers that Drishyam and its protagonist Georgekutty – a cinephile cable TV operator who outwits top police officers to save his family – were possible.

Drishyam ended with a perfect cover-up to an inadvertent criminal act. The sequel picks up from where the first film left, and goes on to reveal that the cover-up was not so perfect after all. Six years have brought about their share of changes – Georgekutty (Mohanlal) is not just a cable TV operator now, but owns a theatre and is also planning to produce a film. The children, Anu (Esther) and Anju (Ansiba), have grown up now and have their own set of problems to deal with. Rani (Meena) is at her usual grumbling, bumbling best. But the horrors of their past lurks in the shadows, pouncing on them every now and then. Even the neighbourhood and their perception of the family have changed over the years.

The first half, laboriously, documents these changes and sets the stage for the story to take wings. The police have not stopped the investigation and Georgekutty knows that. One cannot wait for the real action to begin. It is a marked change from Drishyam, where there was hardly a dull moment. It takes more than an hour – the stroke of interval, if it was a theatrical release - in the sequel for the first WOW moment (the last one, too, perhaps?) to arrive.

What follows is a predictable game of one-upmanship between Georgekutty and IG Thomas Bastin (Murali Gopy), who replaces Asha Sharath from Drishyam as the anti-hero in khaki. The film moves on like a man possessed in the second half, revealing the twists and turns, as plotted by a far-sighted Georgekutty, in a hurry. At times, it seems a bit too much to take in. The film rushes to tie up all the loose ends and some of the knots seem contrived. The same applies for the climax, too. In Georgekutty's cinematic universe, nothing is impossible, and nothing is beyond him. As he says in the film, 'It's cinema after all'.

Interestingly, in Drishyam 2, Georgekutty's cover is blown by a person who, too, commits an inadvertent crime but serves sentence for it, unlike the former. The protagonist, on the other hand, atones for his 'sins' in a way he deems right. Oh, it's cinema after all.

The highlight of the sequel has to be its cast. Mohanlal impresses yet again, albeit in an older, wary avatar who has been keeping his family out of harm's way all these years. It's the carefree Georgekutty from seven years ago, but one who keeps looking over his shoulder now. And Mohanlal does justice to this Georgekutty 2.0. His chemistry with Meena and their emotional exchanges are a delight to watch. Ansiba and Esther take their time to fall into the groove but roll along relatively well. But the surprise package is Murali Gopy, who holds his own against Mohanlal and others.

There haven't been too many success stories in Malayalam film industry as far as sequels are concerned, except the Dasan-Vijayan series or the CBI series, perhaps. Joseph was initially reluctant to make a sequel to Drishyam, and one can see now why. Isn't a perfect sequel, much like a perfect crime, a myth?