Maara movie review: The film fails to capture the soul of its original, Charlie 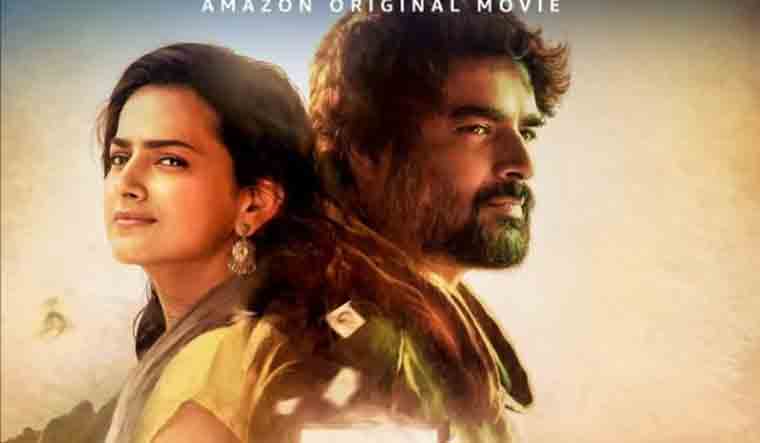 How would it be to reimagine or reinterpret Gabriel Garcia Marquez’s Macondo without any magical realism in it? Would you feel that you are missing something? Those who have watched the 2015 Malayalam film Charlie would feel the same when you watch its Tamil interpretation, Maara.

A remake or a reinterpretation has to face the unavoidable fate of being compared with its original. And, Dhilip Kumar’s Maara fails to imbue the mystical aura offered by Martin Prakkat’s Charlie, though it is a decent “realistic drama” when considered as a standalone film.

Maara portrays a restoration architect, Paaru, in search of an artist who painted a wall art series that has some connection to a fairy tale she heard as a child. In her quest to find him, Paaru comes in touch with a number of people who guide her to him. Shraddha Srinath plays the role of Paaru and R. Madhavan plays the role of the title character, Maara.

Maara has almost all the characters in the story of Charlie, plus some additional ones. Many of these characters, including the lead characters, have a reimagined storyline.

But while doing that, the film fails to build a larger-than-life image for its protagonist Maara. In fact, Charlie, portrayed by Dulquer Salmaan, was all about being a mystical maverick, who can be compared to the “wind”—one does not know from where it comes from and where it is going. Here, Madhavan’s Maara is too ordinary; Maara cannot boast anything more than an amazing painting skill, a heart of gold and a Harley Davidson.

In Maara, major portion of the story is happening in Kerala. Though some of the Malayalam dialogues in the film were pathetic, the film is an ode to the rich cultural heritage and diversity of Fort Kochi and Mattancherry.

At times, the film drags and fails to keep the audience engaged. It also fails to create any thrills or chills. And, towards the last portion, it shifts the perspective from Paaru and fills the narrative with some flashbacks intended to spoon-feed the viewer. The climax is very much different from that of Charlie. Charlie’s climax is an open-ended one with enough scope for interpretations, whereas Maara does not keep anything for the audience to think.

The film’s music by Ghibran is average. There is not one soul-uplifting song in this film. The background score is too loud at times. However, cinematography by Dinesh Krishnan and Karthik Muthukumar was praiseworthy.

Dulquer’s Charlie was a trendsetter in Kerala. The character has a cult-like following even now in the Malayalam social media film groups. Maara does not have the calibre to attain any such status, as it fails to capture the soul of its original.