'Big Brother' review: Mohanlal doesn't disappoint, but the film does

Unlike other Siddique movies, Big Brother fails in its comical elements 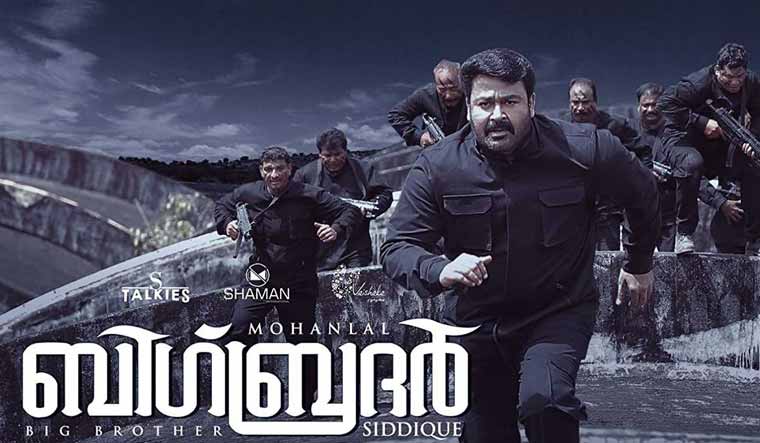 As the title suggests, Big Brother is the story of a big brother Sachidanandan and his family. Sachidanandan, an ordinary man, who was sentenced for killing a police office, gets released from prison after 24 years. His family welcomes him with open arms and now he wants to live for his family. After his days behind the bars, Sachidanandan (Mohanlal) comes across the name of drug dealer Edwin Moses and Vedantham IPS, who is in a relentless pursuit to nab the mysterious drug lord. How Sachidanandan encounters Moses and Vedantham is what the film is about.

In the first 30 minutes of the film, Sachidanandan, trying to be comfortable with his family, reveals to the family that he had a different past in the prison, thus establishing the 'extraordinary' part of his persona. Unlike other Siddique movies, Big Brother fails in its comical elements, giving importance to the action sequences. Arbaaz Khan as Vedantham IPS has an important role in the movie. His parallel story as a sincere police officer who has been working hard to nab Moses generates a bit of confusion and seems to get lost in the mess.

Siddique tries his usual cliché style of using misleading techniques to end the plot by revealing who Moses is, however failed the attempt ends out to be.

The overall performances of the film’s leading ladies Mirnaa, Honey Rose and Gadha were satisfying. Anoop Menon and Sarjano Khalid as Sachidanandan’s brothers Vishnu and Manu respectively delivered their parts decently. The performances of Vishnu Unnikrishnan, Tini Tom, and Irshad as the protagonist’s friends add a little element of humour to the story.

Mohanlal does not disappoint us in terms of the action sequences. A couple of songs by Deepak Dev are unnecessary additions to the movie that is already 164 minutes long. Big Brother is not the best creation to emerge under the ‘Siddique’ brand. The film is completely different from the usual Siddique movies which have an equal mix of humour, romance and action.