Frozen 2 review: Most of the magic remains

The real star of the film is most certainly the animation 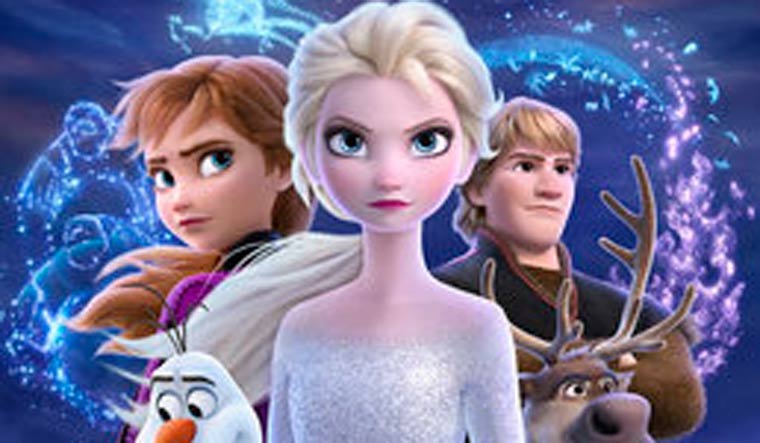 The animation team on this project probably went home on their first day of work and ripped the words ‘glass’ and ‘ceiling’ out of their dictionaries. Six years after its predecessor’s meteoric success, Frozen is back with a mesmerisingly animated sequel—one that tries to transcend Disney’s recent cash grab titles and offer something new.

The plot revolves around the beloved sisters Elsa and Anna, now well settled into their roles (and somehow even more doe-eyed than earlier) in the vaguely Scandinavian kingdom of Arendelle. Soon however, their idyllic game nights are interrupted by a call that Elsa keeps hearing. Situations escalate and soon the motley crew of Elsa, Anna, Kristoff, Sven and Olaf set out to save their kingdom again. In the process, the sisters must come face to face with, and attempt to rectify a dark past revolving around a magical, forbidden forest.

Frozen 2 attempts to make something of its plot that goes beyond a typical Disney story structure, adapting more from Hans Christian Andersen’s ‘Snow Queen’ fairy tale. Indeed, as the cast mentioned in an interview, the film has matured along with its initial audience, and thus places emphasis on more complex themes than its predecessor. It must be said however that in the effort to create a substantial plot, the film seems to have pressed rewind on much of the character development that the characters went through in the first film.

There are relationships that are neglected in favour of ones that are equally important, there are cautionary tales about needless bravado and unnecessary heroism. There is even a subplot centring on colonialism and the need for making amends.

All the above mentioned themes may not immediately resonate with the film’s vast child audience, but for that, there is always Olaf. The lovable snow person brings much consistent comic relief through the movie, and can always be counted on for a chuckle or two from the grimmest viewer. That is not mentioning the countless GIFs pondering the fleeting nature of existence that will no doubt flood the internet soon. The rest of the original cast deliver strong voice performances, while Evan Rachel Wood (Iduna), Sterling K Brown (Mattias) and Alfred Molina (Agnarr) hold up their ends of the bargain faithfully as well. As for the music, (by Christophe Beck and the Lopezes), there are mixed reviews about whether it surpassed the quality of the previous soundtrack. What can be said for sure is that there are definitely some stunners in the music department, especially ‘Into The Unknown’ and ‘The Next Right Thing’, but it may be difficult to find one that would match the gargantuan popularity of ‘Let It Go.’

The real star of the film however, is most certainly the animation. One simply cannot watch the sequence with Elsa and the Water Horse and still remain the same person they were when they entered the theatre. It is clear that the success of Frozen has provided this sequel with a hiked budget, as the attention to detail and colour palettes transport one to realms of technological grandeur.

Frozen 2 has definitely avoided settling as a mere rehash of a popular original. While it is not exactly necessary, it provides a furthering of the stories of Arendelle, and what it may lack in coherent story, it more than makes up for in gorgeous visuals.