'Chopsticks' review: An average film with a strong moral compass 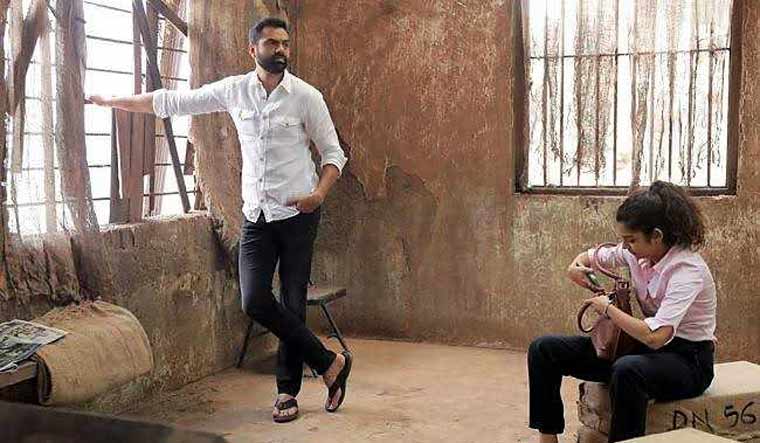 You knew it was going to be an offbeat movie when you saw Mithila Palkar starring in it. And Abhay Deol in the lead? Slap me if you were not waiting to see what director Sachin Yardi had in store for you.

A Netflix original, Chopsticks, is a much needed movie. In this era of moral conflicts and not-knowing-what-the-right-thing-to-do-is; especially for youngsters who are living alone and are intimidated by every little thing life throws at them, the movie feels like a moral compass… to lead you on in the right direction, to restore your affirmations and to keep you from wavering your principles.

Nirma (played by Mithila Palkar), who is named after a detergent because “the day I was born was the day my dad got his Nirma detergent franchise”, feels like she constantly needs to apologise for her existence. What more—she does not even know to hold chopsticks despite being a tour guide for Chinese tourists.

She earns good money—enough to buy herself a car which, ahem, gets stolen on the day it is bought. Gullible, harmless and honest beyond requirement, she lives inside the small set of rules she has made for herself. Timid, shy and having-to-think-twice even before wearing an earring, she is not likely to survive or make decisions but very likely to spray herself with the pepper spray.

But don’t worry, what she lacks, will be filled in by the Artist (played by Abhay Deol). The great chef who has avoided prison for 18 years, who is an “eccentric that way. If he likes you, he may even do it for free”.

He tries to pull her out of her defenceless, crammy little world and shows her how in any situation, there are always options. He manages to leave an impact on her, she changes; she cuts off the wifi cable right before the guy who had been bugging her about letting him fix it. Yes, she adapts. She might survive. But no one can touch her moral compass. It always points right, no matter how many attacks life pelts her unsuspecting life with.

Chopsticks is about how unfair life gets even when you are nice and kind to the people around you, even when you do no harm, and how important it is to remain that way and not let your compass waver. The Artist will teach you to take no shit and Nirma, to stand steadfast to your principles, no matter the cost. So what if you can’t eat with chopsticks; how about pulling your sleeves up and showing the Chinese how it is done in India?

Mithila does not play Nirma, she is Nirma. Deol does a good job with the enigmatic Artist. Vijay Raaz as the gangster delivers a decent performance but not enough to be commendable. Chopsticks is your average, after-a-tired-day movie on the couch but with a powerful moral compass.