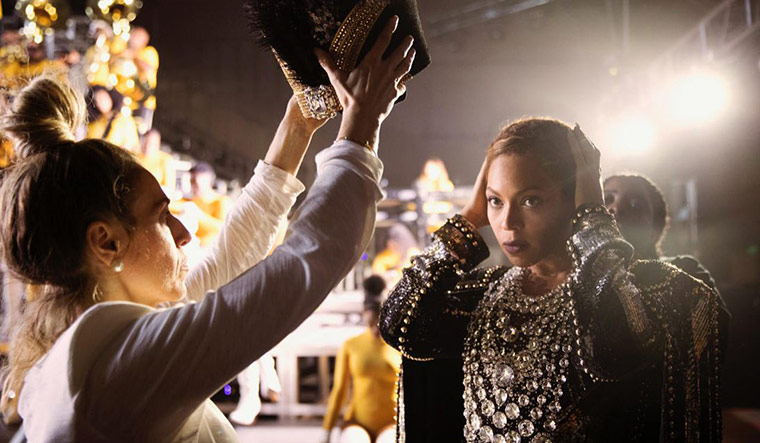 On April 17, Netflix watchers found a heavyweight contender for their attention—Homecoming: A film by Beyoncé. For non-fans of the pop superstar, the decision to scroll past would have been simple. For fans, the decision was simpler: plug in headphones, and hit play. The film, like other initiatives by Beyoncé, is already making history. The day after the movie released, Michelle Obama tweeted: “Girl, you have done it again.”

Last year, Beyoncé became the first black artist to headline Coachella, a festival that was better known for its white audience than for its black power. Coachella became Beychella for the legions of Beyonce fans, who now found ‘their’ voice on the glamorous stage of one of America’s most profitable events.

By combining concert footage of the historic gig with important black voices from down the ages, Beyoncé has made a visual hype track for every woman of colour. It is a mixtape for those who can count on their fingers the times when their tales of daily struggle and resilience made it to popular culture.

The film’s vision is best expressed by Beyoncé when she says, “I wanted every person who has ever been dismissed to feel like they were on that stage.”

Beyonce’s vocal magnificence undergirds an emotive journey through the landscape of African-American voices, from those of Nina Simone and Audre Lorde to Toni Morrison and Reginald Lewis. There are also the personal stories of the talented crew members who choreographed the masterpiece. You see a little of Beyoncé’s thought process during the rehearsals—her private moments of doubt and uncertainty, her eye for detail, and the struggle she faced during and after a difficult pregnancy. You see her plan every square inch of the stage and every tiny movement by the performers.

The result is a sum much bigger than its parts, a message of self-empowerment that resonates beyond the divides of gender, genre, race or fandom. A love letter to the fans, but also, to Beychella itself.