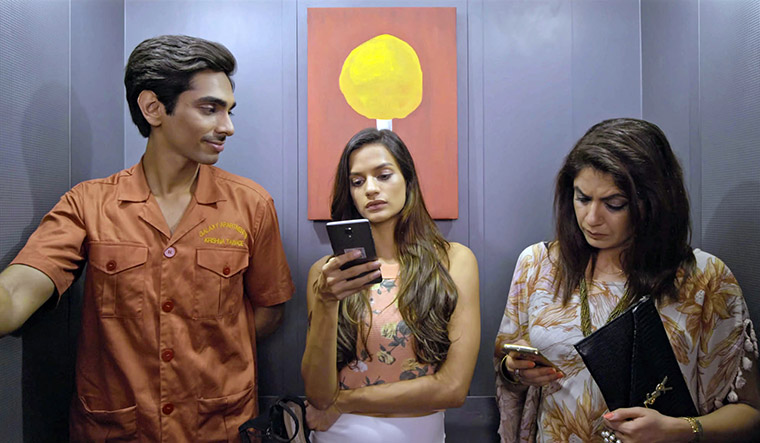 Not many film directors would dare cast a 60-year-old woman with greying tresses as the female lead in their directorial debut. However, 27-year-old Chembur boy, Jonathan Augustin—writer, director and producer of The Lift Boy—does exactly that. He thwarts conventional societal thinking and casts Nyla Masood as Maureen D'Souza, the female lead, alongside a young, fresh-faced Moin Khan who plays Raju Tawade, in his very first $3,00,000, 107-minute long, bilingual film.

The Lift Boy is the story of an engineering student who has been unsuccessfully trying to clear his engineering drawing exam. He suddenly finds himself as the lift boy in a posh residential building, in place of his father who has suffered a stroke. The film is primarily a story about beautiful relationships that very often occur organically in our lives.

What makes The Lift Boy really watchable are Augustin’s brilliant observations, which he has honed as a “people watcher” over the years.

All the actors have been cast well, whether it is Mrs Kapoor (Shilpa Iyer), who plays a former supermodel and the mother of a PYT (Pretty Young Thing); or Princess Kapoor (Aneesha Shah)—the young Bollywood aspirant who plays a teen rather well, even though she is not one. “The role of Shawn Lobo was one I had written for myself,” says Augustin, who gave it up because he loved directing more than acting. Raju's mother Lakshmi (Neha Bam) also says a lot without saying much. In the film, a lot is left unsaid. “We have kept it very nuanced,” he says. The music of The Lift Boy was composed by Ryan Clark, who tracked down Augustin on Facebook. Augustin calls him the “Mozart of Nevada”.

Full marks to the young director, who has ensured that the story-telling is impeccable. The plot unravels beautifully, never giving too much away while meticulously tying up all the loose ends. Several scenes stand out for their ability to make you laugh and cry. Take the tender scene in which Raju talks to his stalled scooter and describes how he ditched his girlfriend, Karuna, on Valentine’s Day so that he could get it painted instead. Or the scene in which Krishna has a midnight conversation with his sloshed son about “job satisfaction”. Stellar!

Art is an important motif and lies at the heart of the story. Watch the film till the end and you will know why.