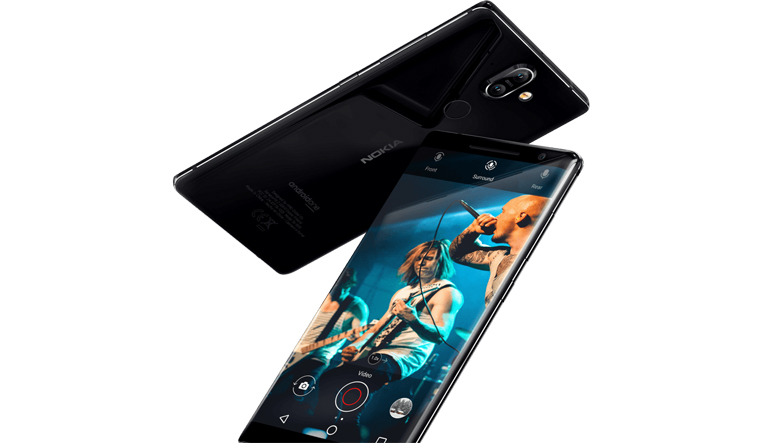 A little over a year ago, HMD global demonstrated that the Nokia brand still has tremendous clout. The buzz for the 2017 version of the 3310 (that also featured Nokia’s evergreen ‘Snake’ game) was a case in point. Nokia has just unveiled the Nokia 8 Sirocco that might conjure images of the Nokia 8800 Sirocco, a premium device with a stainless steel chassis. Nostalgia might be enough to buy a sub Rs 4,000 phone like the 3310 on an impulse but Nokia is betting on more than nostalgia to sell its 2018 flagship.

We have been excited about the Nokia 8 Sirocco almost from the moment it was unveiled at the Mobile World Congress in Barcelona in February. A lot of our anticipation has been centred around the device’s good looks – svelte slab is a fair description. It is reminiscent of the design language we first saw on Samsung’s flagship devices. It has that premium label stamped all over it. We could go as far as saying that this is one of the best looking devices out there. We like that it is not unwieldy despite a large 5.5-inch screen and does not feel heavy in your hand. A stainless steel frame breaks the all-glass form (it is geared for wireless charging) and makes the connection with original Sirocco. However, the device’s smooth glass back also makes it a tad slippery; you are probably better off with a back case. The power button and the volume rocker almost merge with the stainless steel spine. It looks terrific but isn’t always fun to use.

Even as Nokia’s dominant position in the global market began to wane, the brand’s cameras like the superlative Lumia 1020 were on top of the heap. The Carl Zeiss optics on these cameras was the key differentiator. The Zeiss badge occupies pride of place between the two lenses (both 12MP) that complete the dual camera set up on the rear. The back of the device is clutter-free too. A fingerprint sensor merges almost seamlessly below the camera. It is easy to locate and remarkably quick to set up. The dual camera opens up a host of possibilities. The simple, intuitive camera set up offers everything from live bokeh to 2X zoom to a cool dual mode. We also like the pro mode that’s a lot easier to use than rival cams thanks to the clean menu. Our results were largely mixed – great images in ambient light but average images in lowlight. This is an area where the Sirocco struggles against formidable rivals like the Samsung Galaxy S9. 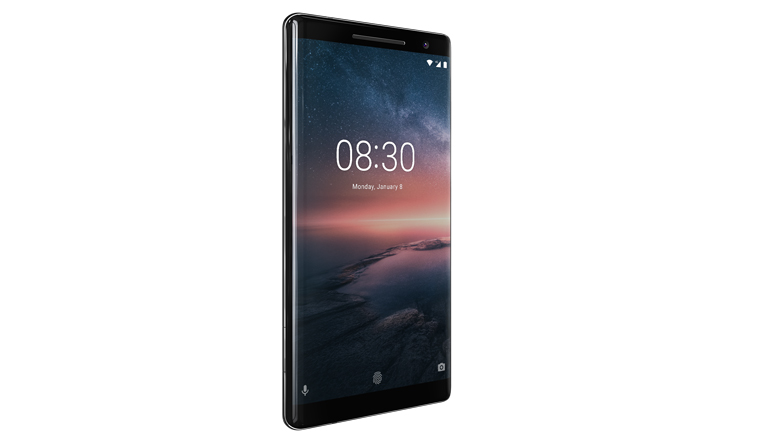 A step forward and half a step back

One of the device’s most discerning features is its vibrant 5.5-inch pOLED display (1440 x 2560 pixels / 534 PPI). We like the immersive screen that knocks the bezels off (with a screen to body ratio of 81.1 per cent) and the depth of the colours. The device’s 16:9 aspect ratio might be out of step with the concerted move towards 18:9 displays but it is not something that will dampen your video viewing experience. Nokia’s decision to equip the Sirocco with a Qualcomm Snapdragon 835 processor (the top-of-the-line 2018 flagships are powered by the all-new Snapdragon 845 processor) might raise quite a few eyebrows. It blazed through our multi-tasking and gaming tests, thanks to a generous 6GB of RAM. There is 128GB of internal storage that should work for most users.

The Sirocco is part of a trio of Nokia smartphones that have been announced in India, close on the heels of their MWC unboxing. All these devices are proud partners of the Android One platform, an unmodified, pure-play version of Android that is mighty close to the Google Pixel experience. Android One devices are first in the queue for the latest Google OS updates and security patches. It also keeps the phone ‘bloatware-free’. It certainly sets the device apart from a user experience perspective. It is one of the many compelling reasons, along with a solid battery (3260 mAh), an elegant form factor and a vibrant display to consider the Nokia 8 Sirocco. This is undoubtedly the finest device we have seen from the Nokia brand stable ever since it rose like the proverbial phoenix. It’s not without its chinks, that the original Nokia fans might be willing to gloss over.