Lockdown reading: In search of Klingsor 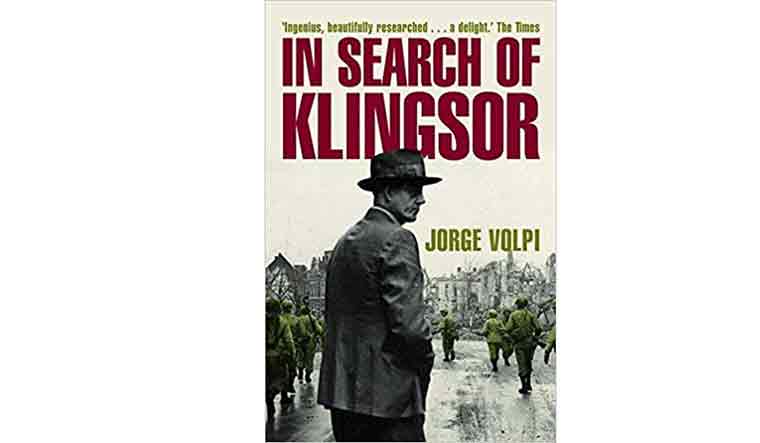 Jorge Volpi is one of the five young Mexican writers who founded the Crack Movement in the mid-nineties. These rebels, called as the ‘Crack Generation’ wanted to break with the regional trend of Magical Realism dominant in the twentieth century. They issued a Crack Manifesto in 1996, setting out the groundwork for a new path for writing. Ignacio Padilla, one of the founders of the Crack Movement said, “It is the crack novel’s role to renew the language inside of itself, that is, feeding it with its oldest ashes”. Another cofounder Ricardo Chavez Castenada said, “The crack novels create their own codes and take them to their last consequences. They are self-centred cosmos, almost mathematical in their buildings and foundations”.

Volpi himself is focused less on the language and more on the actions of characters and research into academic topics especially science and history. Although the Crack Movement did not get a region-wide traction in Latin America, it was a source of inspiration for many young writers who felt burdened by the magical expectations of readers.

With this introduction, I tried Volpi’s novel In search of Klingsor with much curiosity.  Until this, I had been thoroughly soaked in Magical Realism by many of the “Boom” writers such as Gabriel Garcia Marquez, Julio Cortazar, Carlos Fuentes and Mario Vargas Llosa, whom I adored. Volpi did not disappoint me. He has, in fact, exceeded my expectations. I enjoyed the novel savouring it from the beginning till the end. It was so entertaining and engrossing that I could not stop till I finished it. It was a novel of intrigues, suspense, romance, ideas, philosophical provocations, scientific explorations and mathematical analysis. None of the characters in the novel is Mexican. Nor is there any link or reference to Mexico.

The story is about an American scientist Francis Bacon from Princeton who is recruited by the US army and taken to Germany to search for and interrogate the leading German scientists who were developing weapons for the Nazi regime. His main goal is to identify Klingsor who was the chief advisor of Hitler on scientific research, especially on atom bomb and who had the final authority for financial approvals for the projects. Klingsor is not a real name but a code name. It has been taken from the name of the magician in Richard Wagner’s opera Parsifal. He was a mysterious figure and was not known to the public or even to most of the scientific community. So there were only rumours and conjectures.

Bacon takes the help of Gustav Links, a German mathematician who gives various clues and leads Bacon to meetings with a number of scientists. Links was arrested for his involvement in the plot to assassinate Hitler in 1944. The judge, who was about to pass sentence, was killed when the ceiling of the court building fell on him from Allied bombing. Links survives and lives to tell Bacon, the stories of other scientists. Bacon falls in love with Irene, a Soviet agent looking for the same Klingsor. She convinces him that it was Links who acted as Klingsor and persuades Bacon to hand over Links to the Soviet agents who smuggle him to East Germany and detains him in a mental asylum.

Volpi has mastered physics and mathematics and has given lessons by taking the readers through the labyrinths of Theory of Relativity, Theory of Infinite Sets, Theory of Transfinite numbers, Set Theory, Continuity and Irrational numbers, Theory of Variables, Uncertainty Principle, Quantum Theory and other such theories. He has included life stories of famous scientists such as Albert Einstein, Niels Bohr, Otto Hahn, Erwin Shrodinger, Max Planck, Von Neumann, Johannes Stark and Werner Heisenberg. The book should be even more interesting for the students of maths and physics.

Volpi has weaved the theories and scientific debates into the stories of love, betrayal, loyalty, politics, war, morality and history. The scientist characters use their mathematical calculations and theories of physics to analyse day to day affairs besides the larger issues of state policies, religion and global affairs.

Volpi has described how Nazism had infected the scientific community and divided them based on their religion and political affiliation. The pro-Nazi scientists advanced their careers by denouncing Jewish scientists and driving them out of Germany or into concentration camps. They had unleashed a vicious campaign to eliminate the “Jewish elements” from German science. Since Einstein, an eminent Jew, had escaped and gone over to the American side, he was vilified and his theory was questioned.  Those supporting the Theory of Relativity were labelled as disloyal to the Fatherland and slandered as “white jews”. Some great scientists had stooped to very low levels as malicious men.

Volpi has portrayed a vivid picture of the German society under Hitler as well as the atrocities of Nazis based on actual persons and events. He has narrated German legends, folk tales, literature, music, schools of philosophy and history which had influence on Hitler and his henchmen. He uses typical German phrases and words to emphasise the authenticity of the German characters.

Volpi has narrated the love stories of Bacon and Links through the chaos of Nazism and violence of the war. Bacon loses both his American lover and fiancée in Princeton. He falls in love with Irene in Germany but disillusioned to find that she is in fact a Soviet ‘honeytrap’. Bacon is initiated into romance by his friend Heinrich who introduces his girlfriend Natalia and her friend Marianne. Bacon marries Marianne and both of them fall in love with Natalia after Heinrich goes to serve in the army. Later, Bacon switches his love to Natalia from Marianne. Himmler executes Heinrich for his role in the assassination plot against Hitler and does not spare even Natalia’s life. Bacon’s wife commits suicide. Poignant stories of love, betrayal and tragedy in which the two brilliant scientific minds of both Bacon and Links get lost in the mysteries of love.

There is one similarity between Volpi and some of the writers of the “Boom Generation”. He also got a diplomatic assignment like many of the magical realism writers. The Mexican government posted him as cultural attaché at their Paris embassy. This is an interesting tradition of the Latin American governments who have honoured many writers by posting them as cultural diplomats and ambassadors. Octavio Paz, the Mexican poet, was ambassador to India in the sixties.

In the end, I cannot help but feel a bit of irony. Volpi had chosen to write about Europe in this novel as part of his Crack Movement’s aim to break free from the Latin American Magical Realism of dictatorship, killings, torture and exile. But in this novel, Volpi narrates the monstrous atrocities of Nazis and the traumatisation of Europe. This tragedy is infinitely much worse and incredible than what happened in Latin America. Munich suffered longer than Macondo which faced rains lasting for four years, eleven months and two days. The Nazis sold more fantasies to the Germans than the gypsies did in Macondo. So, Volpi has just exchanged one magical realism for another, at least in this novel.