Life and times of Ramanand Sagar 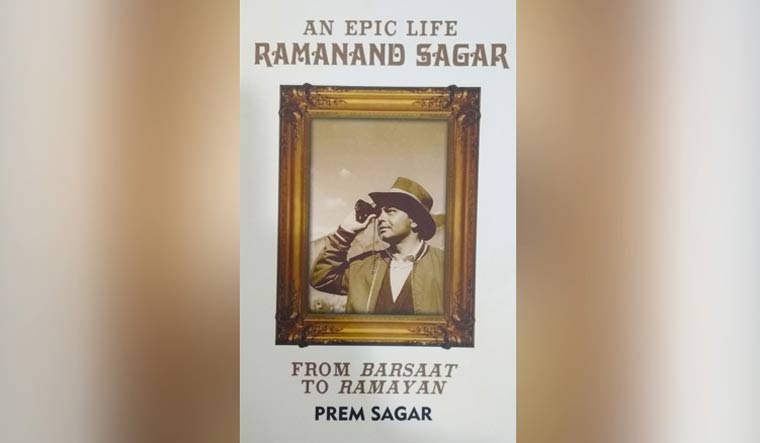 A 14-year-old mother has to give up her firstborn to a childless relative, because her 16-year-old husband had made this rash promise, and was determined to live up to his word, whatever be the cost. Fulfilling the father's promise took a toll on the young boy, scarring him emotionally for life. It also took the life of his young mother, who became mentally disturbed and died in her mid-20s.

Ramanand Sagar, who breathed colour and motion into an ancient epic, led a life that was a saga in its own right. Prem Sagar, his son, brings alive the tears and triumphs of his eight decades in this biography, giving such peeks into Sagar's personal emotions that the reader almost feels she is encroaching into a very personal space.

The author uses a very simple narrative. His words are stark, there is no literal cloaking in imagery, alliterations or smart phrases. He is not even into adjectives. And yet, he tells the story very poignantly. He brings out the pain of separation again and again. There was Ramanand's separation from his mother. Then, there was Ramanand fleeing his home state, Kashmir, in October 1947, with a young family and pregnant wife in tow and arriving at Safdarjung Airport in New Delhi, the first of Kashmiri refugees. There is Chittranjan, Ramanand's younger brother, who never received a mother's love, as she had already lost her mental balance with the separation of the first son. Chittranjan is doomed again as he falls in love with a Muslim girl, something that could never have met a happy end in that communally fraught times. She hung herself, he remained unmarried all his life.

The book is as much a biography as it is the chronicling of a changing India on celluloid—from the time of Partition to the success of the tele-serial Ramayan, which changed the fortunes of Doordarshan, and how. Ramanand began his Bollywood career with the script of Barsaat, Raj Kapoor's super hit film. He had earlier worked with the Lahore cinema industry too, but Barsaat was his first Bollywood hit.

The author gives inside views of the interaction between cinematic luminaries on the sets and off, too, as he traces the makings of his father's string of successes—Paigham, Aarzoo, Aankhein. He recalls that when Arvind Kejriwal was first sworn in as chief minister, he sang the lines of a song from Paigham—insaan ka insaan se ho bhaichara, yehi paigham humaara.

Sagar, who took on this nom de plume after seeing the sea for the first time in erstwhile Bombay, was among the first from the world of cinema to foray into television, something unheard of then. His Vikram aur Betaal was like a beta testing for Ramayaan. The author once again takes us backstage, where the entire crew worked on a tight deadline, enacting scenes even as Sagar wrote them, so that the episodes were on schedule. Sagar had been denied a mi-season break by Doordarshan, which felt the public would not welcome this.

I could write on and on. But then, this is only a review. The book is a must be read. At a time when books about Bollywood characters are flooding bookshelves, this one stands out.

Title: An epic life: Ramanand Sagar , from Barsaat to Ramayan