When turning 30 is no longer a dreaded milestone 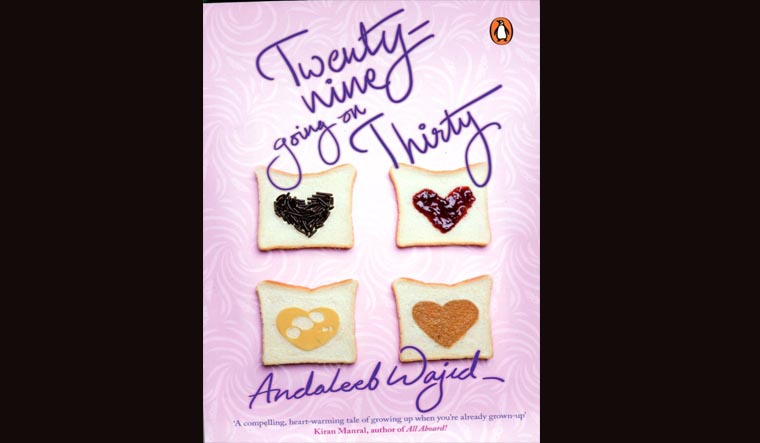 Cover of 'Twenty-going on Thirty'

Three-O or 30 is considered a crucial milestone when we are supposed to have it all figured out. Particularly in an Indian setup, unmarried women at the age are considered an aberration. Just on the cusp of hitting 30, you may or may not have found your feet professionally. You might have a steady boyfriend or still be looking around, unhurried. You may still be directionless, with no clear gameplan for marriage, baby showers or promotions in the days ahead. Someone who is 29 going on 30 may still find emotional fulfilment in a group of friends who are similarly "unsettled".  Andaleeb Wajib, in her heartfelt Twenty-nine going on Thirty, is perhaps trying to tell her readers precisely that: it is okay to be aimless and erratic at 30; that turning 30 without a checklist of must-have things is not as apocalyptic as it is made out be.

The book opens with 29-year-old Priya Kumar trying to get a trio of lazy interns in their teens and early twenties to take her more seriously as a figure of authority. Kumar is the team leader of social media marketing in a software firm in Bangalore. When Amrita, one of the interns, tells Kumar "to not be such an aunty about it", she inadvertently sets in motion a stock-taking of regrets in Kumar's whirring brain on a Monday morning, "I'm twenty-nine. For another six days, I'm on the cusp of falling into the dreaded pit of thirty—when kids like Amrita and Ayaz will be justified in calling me an aunty. When I'll start wearing cotton bras because they breathe better; when my mom will send pictures of men who everyone else has rejected, hoping that someone will catch my eye; when I'll have to tick the 'thirty-forty years' box whenever I fill forms or take surveys."

Comic and recognisable, it is easy to dismiss this train of thought as musings of a confused-adult-still-undergoing-a-period-of-extended-adolescence. But Wajid renders these familiar tunes on meddling parents, office meltdowns, finding love and the fear of ageing with an effortless ease. Her book is a simple, breezy and genuine effort to show the quotidian dramas which unfold in the lives of modern Indian working women as they learn to understand the "difference between growing up and growing old".

But more than changing the narrative on turning 30, Wajid is more interested in subverting the hackneyed projection of Muslim communities and their social milieus. In this book, the character of Farida is not someone who suffers layers of patriarchal oppression or lacks agency. She is free-spirited and easy-going even as she is about to touch 30, and does what she is most happy doing: painting and photography.

In a prolific career spanning over eight years, Wajid, 40, has already written 13 novels and her young adult book, When She Went Away, was shortlisted for the 2017 Hindu Young-World Goodbook Award. Married with two kids, Wajid is looking forward to five books in 2018 with key trade publishing houses like Juggernaut, Penguin, Speaking Tiger and more. Wajid, by her own admission, loves writing on food and love, and Twenty-nine going on thirty is one delectable read about seeking love and happiness, an instinct which is not bound by any age.