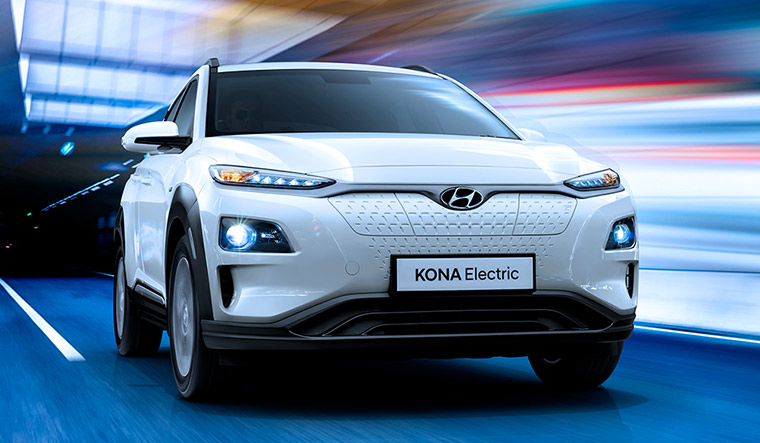 The Kona, Hyundai’s first electric vehicle in India, got its name from the scenic west coast region of the Big Island in Hawaii. It is neither a devastatingly handsome SUV nor one with radical looks, but there will be plenty of takers for its play-safe design and the wide stance. The Kona is more plastic than chrome, and that is the first thing you notice about it.

Hyundai has been quick to bring the global product to India after its launch at the Geneva Motor Show last year, thanks to the government’s EV push. Tata and Mahindra have already been in the four-wheeler mass-market EV space for a while, and other entrants are now upping their game.

The first thing that the Kona gives you is peace of mind—you do not have to worry about the range or charging infrastructure. With 452km a charge (ARAI figures), it is miles ahead of the competition. Also, you get not just the DC quick charger that uses the CCS Type II charging port (charges the battery to 80 per cent in 57 minutes) but also a 7.2 kW Level-II charger (takes six hours and 10 minutes to charge the battery). 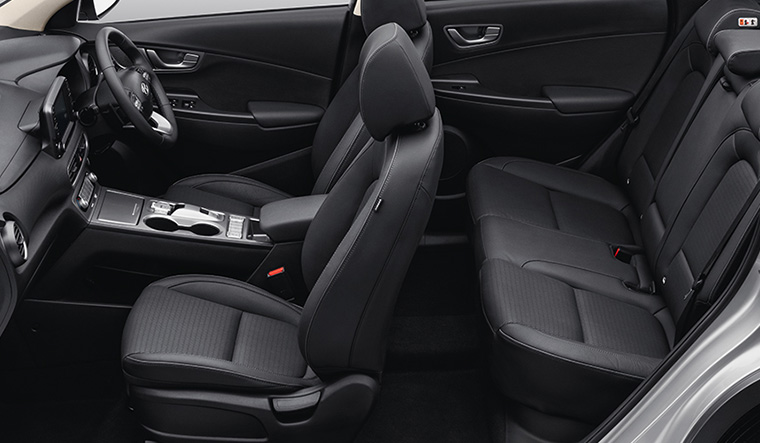 Hyundai says that its technicians will help set up the charging infrastructure at homes. It is also working with Indian Oil in Mumbai, Delhi, Bengaluru and Chennai to install chargers at IOC outlets. It also plans to have a fleet of service vehicles that will have power converters onboard to help customers during emergencies.

The Kona does not compromise on the driving experience at all; well, at least not until you hit 150kmph! Unlike the internal combustion engines, the power build up does not happen gradually. You have all the power you need right from the word go. And it tackles corners beautifully.

This is one helluva silent SUV! No motor sound at all. Also, the clean interiors (no gear lever!) is a beautiful change. Maybe other carmakers could get inspired by the design cue.

One thing that Hyundai needs to work on is the leg room. It does feel crammed, especially at the rear. However, with 17-inch alloys, sporty roof rails, leather seats, a digital instrument cluster that is going to take a while to get used to, a 17.7cm touchscreen display, Apple CarPlay, Android Auto, a smart electric sunroof, six airbags, all disc brakes and four driving modes, the Kona sure has a lot going for it. Price: Rs25.3 lakh (ex showroom, Delhi).