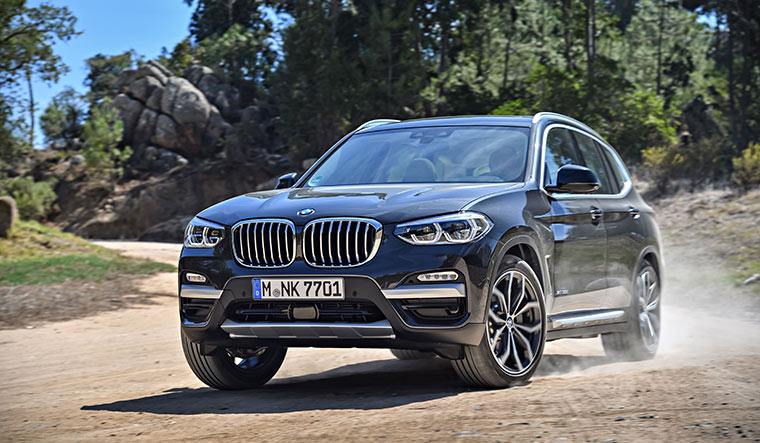 The all-new BMW X3 (third generation) was launched in Gurugram, and from the looks of it, this made-in-Chennai mid-size sports activity vehicle (SAV) is out to steal hearts. Not only does it sport a beautiful design, with fluid lines, muscular curves and the trademark BMW kidney grille in chrome, but it also happens to be 55kg lighter than its predecessor.

Available in two diesel variants—the petrol variant will be launched later this year—named Expedition and Luxury Line, the BMW X3 comes with opulent interiors coupled with generous space, giving you the feeling of luxury. The panoramic sunroof adds to the effect. The SAV also comes with some noteworthy technology such as BMW display key, wireless charging and a range of BMW ConnectedDrive features such as the navigation professional and the 12.3-inch multifunction instrument display.

The BMW X3 can go 0-100kmph in eight seconds. Its 2.0 litre 4-cylinder diesel engine, which produces 190hp and has a maximum torque of 400Nm at 1,750-2,500rpm is mated to an eight-speed Steptronic transmission. It also boasts 19-inch light alloy wheels and comes with a plethora of safety features, making it a truly desirable SAV. And, with the X3 priced between Rs 49.99 lakh and 056.7 lakh (ex-showroom), this may be a sweet deal for those looking for an SAV that is not only handsome, robust and spacious, but also highly refined.