Hunt says cuts on public services would be balanced 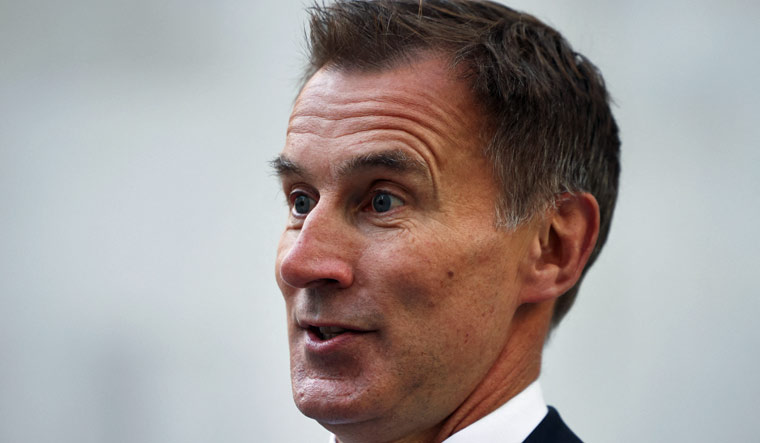 UK Finance Minister Jeremy Hunt said that he would have to hike certain taxes and introduce budget cuts to fix Britain's public finances. Hunt said that cuts to public services would be balanced.

Hunt said poorer households should be spared much of the pain. Hunt added that he did not want to aggravate an expected recession but had to show he could lower a budget deficit which has soared after the COVID-19 pandemic and Russia's invasion of Ukraine, Reuters reported quoting the minister.

“If you do nothing, if you don't show that we're going to bring our debt down, interest rates get higher and you get a recession that's made worse," Sky News reported quoting Hunt.

However, lawmakers in Conservative party fear that higher tax hikes could revive tensions within the party.