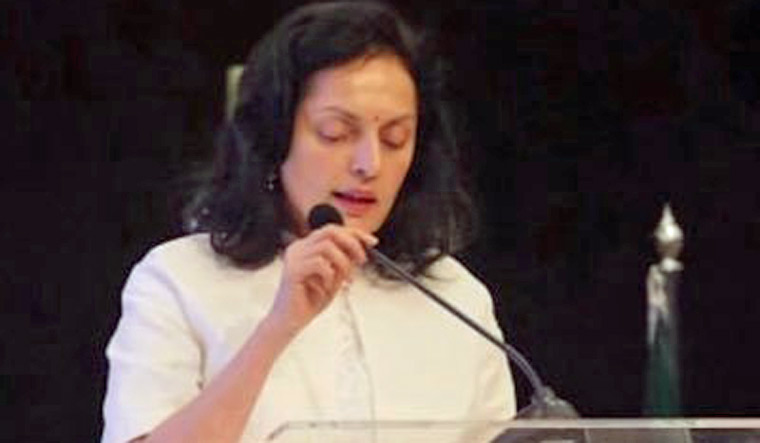 During an emergency special session of the UN General Assembly on the Ukraine conflict, India slammed Pakistan for raising the issue of Kashmir. India's Permanent Representative to the UN, Ambassador Ruchira Kamboj said that such statements by Islamabad deserve "collective contempt" of the international community.

"We have witnessed unsurprisingly yet again an attempt by one delegation to misuse this forum and make frivolous and pointless remarks against my country. Such statements deserve our collective contempt and sympathy for a mindset which repeatedly utters falsehoods," Kamboj said.

"It is important, however, to set the record straight. The entire territory of Jammu and Kashmir is and will always be an integral and inalienable part of India irrespective of what the representative of Pakistan believes or covets. We call on Pakistan to stop cross-border terrorism so that our citizens can enjoy their right to life and liberty," Kamboj said.

Pakistan's ambassador to the UN Munir Akram in his remarks to the UNGA emergency special session raised the issue of Kashmir, saying that under international law, the right of self-determination applies to peoples who are under foreign or colonial domination and those who have not yet exercised the right to self-determination "as in the case of Jammu and Kashmir".

He said the exercise of the right to self-determination should be conducted in an environment free of military occupation and under impartial auspices species, preferably under the supervision of the United Nations.

Relations between India and Pakistan have been strained over the Kashmir issue and cross-border terrorism emanating from Pakistan.

Following India's decision, Pakistan downgraded diplomatic ties with New Delhi and expelled the Indian envoy. Trade ties between Pakistan and India have largely been frozen since then.

India has repeatedly told Pakistan that Jammu and Kashmir was, is and shall forever remain an integral part of the country. India has said it desires normal neighbourly relations with Pakistan in an environment free of terror, hostility and violence.