'This is organised crime. I have no hesitation to say that' 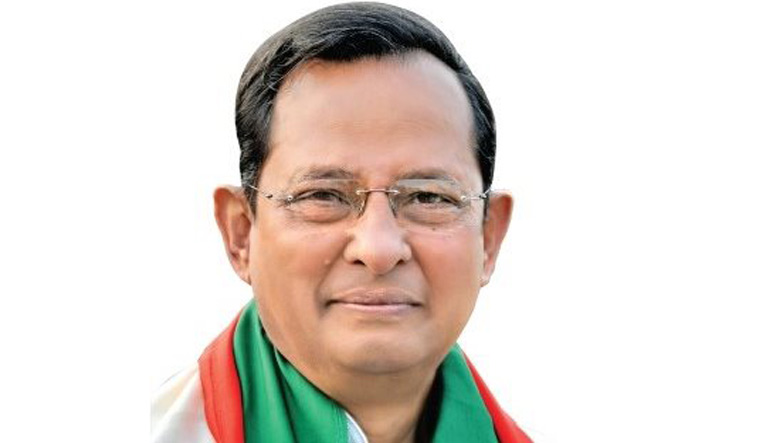 A member of parliament in Bangladesh has strongly condemned the attacks on Hindus and their places of worship by the radical Muslims there.

For the last year, since the Durga Puja festival, Hindu places of worship have been the target of a section of the Bangladeshi radicals. While Prime Minister of India Narendra Modi expressed shock over the incidents, a member of his council of ministers, Nisith Pramanik, also wrote to Modi asking him to interfere in the matter of minority killings and destruction of their properties. Pramanik’s words were similar to what Dr Syama Prasad Mookherjee, BJP’s ideologue, had told the then Prime Minister Jawaharlal Nehru.

Again as Durga Puja is getting close, Hindus living in districts like Kusthia, Jessore, Narayanganj and even Chittagong are in fear and they have raised a lot of complaints with Prime Minister Sheikh Hasina.

Recently several incidents took place in Chuadanga and Kusthia putting to rest the government's claim that the incidents are sporadic.

Inu said, “This is organised crime. I have no hesitation to say that. Our government should have been much more active to protect the rights of worship of minorities. They have done something. But that is not adequate.”

The former information minister of Bangladesh says that the country today is at a very critical stage. It has robust economic growth. But there is “radicalism,” which might not allow people to bear the fruits of economic prosperity as such incidents might destroy relations with India.

“We must understand that when Bangabandhu (Sheikh Mujibur Rahman) created Bangladesh, he stressed that Bangladesh will never move away from the path of secularism. Secularism should be in our blood like it used to be before. No deviation should be allowed,” said he.

He also compared Bangladesh with the other South Asian states like Pakistan and Sri Lanka.

“If Bangladesh allows the attacks on minority, it will be another Pakistan. And take the word, South Asia would then be on the brink of collapse,” the Bangladesh MP said.

Tathagata Roy, former governor of Meghalaya and Tripura, also recently warned the Bangladesh government about the possible attacks on Hindus in Bangladesh saying that the population of Hindus had gone down from 30 per cent during independence to 8 per cent today.

“The Hindus of Bangladesh are so insecure that no Hindu could dare to do something inimical to Islam... Still, they are targeted and persecuted. Relentless diplomatic pressure from India is called for,” Roy said.