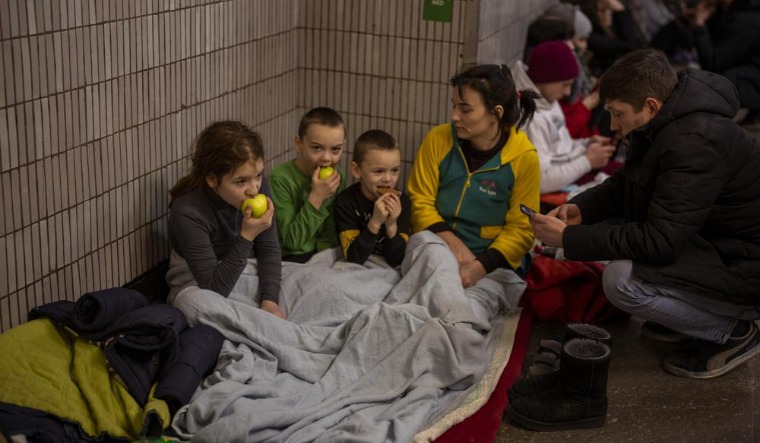 Ukrainian media handles reported early on Saturday two Ilyushin Il-76 heavy transport jets of Russia have been shot down in the vicinity of Kyiv.

The Kyiv Independent quoted the Ukrainian intelligence service as saying one Il-76 was downed near Bila Tserkva. The outlet noted the aircraft could “carry over 100 paratroopers for landing to the south of Kyiv”. Ukraine's Defence Ministry is yet to confirm the downing.

Late on Friday night, the Defence Ministry said an Il-76 had been shot down near Vasylkiv near Kyiv. Lieutenant General Valerii Zaluzhny said this aircraft was carrying paratroopers for landing in the Vasylkiv area when it was hit by anti-aircraft fire. He described the downing as “revenge” for the shooting down of a Ukrainian Air Force Il-76 in 2014 over Luhansk that killed 40 paratroopers and nine crew on board.

The incidents come as fighting continued in parts of Kyiv early on Saturday. Local media reported early on Saturday explosions and gunfire could be heard in the Shulyavka and Beresteiska areas.

Media reports said attacks in Kyiv are happening closer to the city centre.

On Friday night, Ukrainian President Volodymyr Zelenskyy warned the fighting in Kyiv will get harder. In a video address, he said “Many cities of our state are under attack: Chernihiv, Sumy, Kharkiv ... in the Donbass, the cities of southern Ukraine. Special attention: Kyiv. You cannot lose the capital.” He warned Ukrainians the country's fate was being decided now.