Omicron in China: City of 14 million to be tested for COVID-19 after outbreak 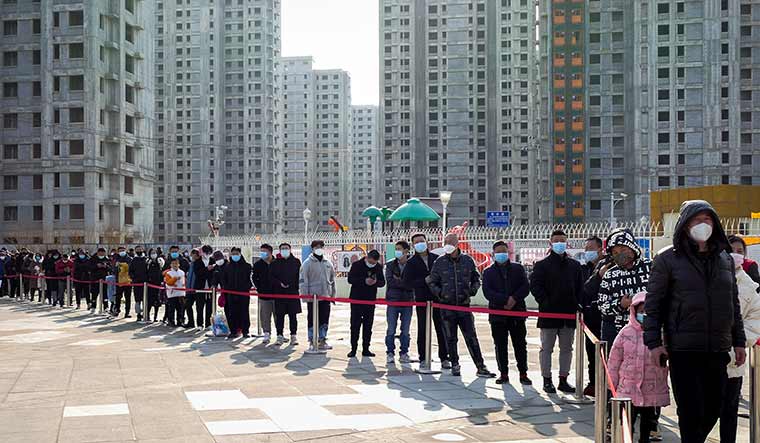 The Chinese port city of Tianjin has become the latest to become subject to mass testing, 14 million residents subject to be tested for COVID-19 after two cases of the Omicron variant were detected out of 20 new cases overall.

Residents in four districts would be tested over the next 24 hours while other districts would be tested the next day, the Tianjin government said. The two cases are epidemiologically linked according to genome sequencing, city authorities said. “The 18 cases have been transmitted across at least three generations, judging from the relationship between the cases and the transmission chain,” deputy director of Tianjin Centre of Disease Control and Prevention Zhang Ying said on Saturday evening.

All 20 cases were detected in the Jinnan district.

In order to travel, residents need a green code that will be given only upon receiving a negative test.

China’s first Omicron case was detected in the second week of December, in an overseas returnee in Tianjin itself. The person was classified as an asymptomatic carrier.

With Tianjin just two hours from Beijing, authorities are taking no chances in the run up to the 2022 Winter Olympics which is due in less than a month’s time. Some metro stations, bus routes and tourist attractions have already been closed in Tianjin, while residents have been asked not to leave the city unless necessary, Tianjin Airlines is offering passengers with domestic flight tickets up to January 28 a refund or a free rebooking.