Why is US worried about possible Chinese military base in Equatorial Guinea? 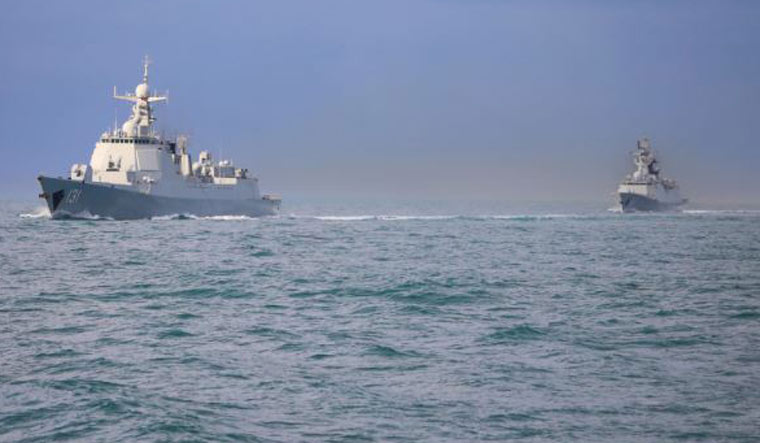 China's massive investments in Africa were in the news recently, thanks to an airport in Uganda. There was speculation Beijing may take control of the Entebbe International Airport if Uganda failed to service a $200 million loan.

China rejected the claims. However, the issue highlighted the scale of China's investments, and influence, in various African countries.

On Sunday, The Wall Street Journal reported US intelligence believed China was intending to build a “permanent military presence” in the tiny African nation of Equatorial Guinea. Such a facility would be significant as it would give China its first base on the Atlantic Ocean. This would mean “Chinese warships would be able to rearm and refit opposite the East Coast of the US—a threat that is setting off alarm bells at the White House and Pentagon,” The Wall Street Journal reported.

The Joe Biden administration had conveyed to the Mbasogo government any Chinese activity would “raise national security concerns”.

The report speculated China would consider building a military facility in the port city of Bata. Beijing had built a deep-water commercial port in Bata.

General Stephen Townsend, commander of the US Africa Command, had warned the Senate in April about the risk of China having a naval facility on the Atlantic coast. “... I mean something more than a place that they can make port calls and get gas and groceries. I’m talking about a port where they can rearm with munitions and repair naval vessels,” Townsend was quoted as saying by The Wall Street Journal.

The previous Donald Trump administration had also attempted to dissuade Equatorial Guinea from allowing China to build a military facility. The Wall Street Journal noted the Biden administration is attempting to woo the Mbasogo regime with offers of cooperation.

The latest Pentagon report on China's military modernisation had warned China was considering military facilities in Kenya, Tanzania and Angola.

In 2017, China formally opened its first overseas military base in Djibouti, on the Indian Ocean. The facility has since seen expansion of infrastructure to accommodate ships such as submarines and aircraft carriers.

Unlike nations such as Kenya, Tanzania and Angola, a facility on the Atlantic Ocean would have considerable practical and symbolic implications as it directly challenges US hegemony over the region.

In addition, a facility in Equatorial Guinea is expected to provide options to deploy forces to protect Chinese investments in the western part of Africa.

Highlighting the intertwined nature of economic and military goals China has pursued, The Wall Street Journal report noted, “Chinese state-owned companies have built 100 commercial ports around Africa in the past two decades..."

China's plans for a new facility on the Atlantic Ocean also shed light on the rapid expansion of its navy. The latest Pentagon report had noted the People's Liberation Army Navy (PLAN) was now the world's largest navy, “with an overall battle force of approximately 355 ships and submarines, including approximately more than 145 major surface combatants.”