The pandemic helped Europe's left parties, but will the surge last?

Anti-Covid measures were hailed by the public, and gave centre-left parties a boost 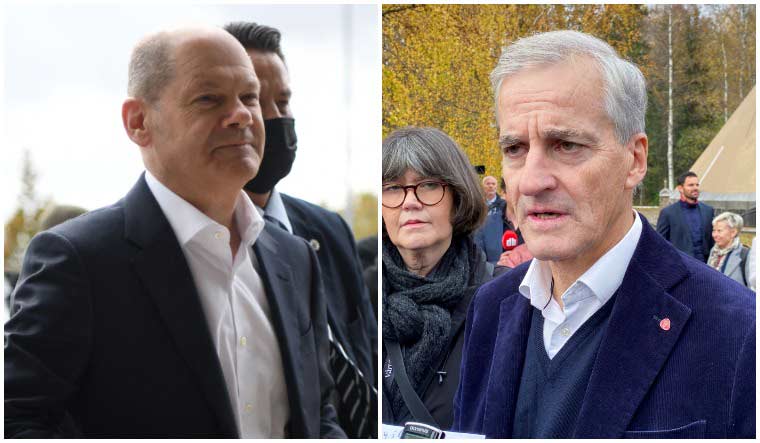 Four years ago, this correspondent travelled across Europe for a story about the continent’s gradual, yet visible shift to the right side of the political spectrum. Many Europeans, especially the young and the middle aged, seemed excited to indulge in a new political experiment. In the working-class neighbourhoods of Paris, the support for far-right leader Marine Le Pen was growing; there were throngs of young, enthusiastic workers at her party headquarters in Nanterre, just outside the French capital.

In leafy German suburbs, especially of former East German cities such as Leipzig and Dresden, pro-right demonstrations were regular fixtures, and quite a few people spoke openly about their admiration for the far right Alternative for Deutschland (AfD) party. Similar populist sentiments were echoed by several young people in Austria, Hungary and Belgium. Many of them spoke approvingly of then US president Donald Trump. Europe, it appeared, was ready for a populist wave.

Four years later, however, the far right and even the centre right are finding it difficult to adjust to the changing political landscape. Left and centre-left parties have made an impressive return in Germany in the September Bundestag elections after 16 years of conservative-led governments under Chancellor Angela Merkel. The centre-left Social Democrats (SPD), the Greens and the pro-business Free Democrats are engaged in serious negotiations to form the next government under the SPD’s chancellor candidate Olaf Scholz.

In Norway, the Labour Party finished first in the polls in the general elections held in September. “It’s the ordinary people’s turn now,” was the party’s slogan. Its promise to enhance employment rights and union memberships and to tax unearned wealth earned widespread public support. With Social Democrats in power also in Sweden, Denmark and Finland, the entire Scandinavian region is governed by centre-left parties for the first time in 20 years. Down south, Spain and Portugal have centre-left coalition governments, while in Italy, the centre-left is a key supporter of Prime Minister Mario Draghi.

While it is difficult to pinpoint the exact reason behind the sudden change in the left’s fortunes, it is clear that the pandemic has certainly helped. The response to Covid-19 across Europe and, in fact, across the world has been handled largely by the state. The massive effort brought back governments to the limelight and made “maximum government” fashionable once again. Interventionist economic rebuilding, which has begun as part of Covid recovery, is also being overseen by the governments. The European Union has agreed to invest €806.9 billion for a recovery plan, winning the approval of even the fiscally conservative Germans.

Spending money for social welfare measures and for the working class has been one of the key elements of the left’s political platform, and the post-Covid reconstruction efforts have made the policy look attractive, at least for the time being. It has also propelled to the forefront the importance of ensuring healthcare for all, guaranteeing reasonable wages and welfare payments and also providing job security for essential workers as well as gig workers.

As all of these measures won widespread public approval, the centre-left parties naturally gained an electoral bump, reiterating the role of a protective state. Moreover, the pet themes of the right and the far right, such as anti-immigration, ethnonationalism and fiscal frugality found much less resonance among the general public during the time of a catastrophic public health crisis. A recent study by the American Political Science Review has shown that at the time of an unprecedented crisis, voters resort to a “flight of safety”, abhorring fringe elements and flocking to mainstream parties. In the Covid-ravaged world, it was the mainstream left that turned out to be the beneficiary of this flight.

Another key point to note is that the voters have also become increasingly concerned about the effects of climate change and global warming. In Germany’s conservative heartland Bavaria, a Green Party candidate won the Bundestag elections for the first time, much to the surprise of political observers. The Greens themselves expressed surprise and attributed the victory from the Munich-South constituency to the fact that climate change consistently ranked as the most serious threat facing Germany in opinion polls.

Devastating floods in western Germany in July, described as a once-in-a-century catastrophe, made it clear to the Germans that climate change was real and the threat it posed was tangible. The centre-left parties gained steadily in Germany after the floods. In Norway, too, climate change was the predominant theme during the elections, giving the centre-left an edge. With the right and the far-right parties continuing to remain climate sceptics, the left sees the issue as a huge political opportunity.

While the centre-left is certainly experiencing a bounce, it is important to note that there are several countries in Europe where it is still struggling to survive. For instance, in France, which goes to the polls next year, the left parties and centre-left socialists are nowhere in the picture. Paris Mayor Anne Hidalgo, who recently won the Socialist Party’s nomination for the presidential elections, enjoys less than 5 per cent public support. In the Netherlands, too, the leftists are in total disarray. The situation is not so different in many eastern and central European countries. Even in the UK, despite leadership changes, the Labour Party, out of power for 11 years, is struggling to reinvent itself. The party is still unable to get any political mileage out of the botched Brexit overseen by the Conservatives.

Moreover, the recent surge enjoyed by the left parties may not be long-lasting as facts on the ground are not really encouraging in the long term. The traditional support base of such parties─largely unionised industrial working class and the government and public sector employees─is dwindling and so is the liberal middle-class intelligentsia. Social Democratic parties across Europe consolidated their grip on power in the post World War II era, riding on the support of these groups. But with their dwindling numbers and growing fragmentation, they have ceased to be reliable voting blocs for the left.

Most European countries, especially parliamentary democracies with proportional representation systems, are witnessing an increasing fragmentation of political parties. The centrist parties─on both the left and the right─are no longer the big tents they used to be, encompassing diverse opinions and thereby winning a large percentage of votes. For instance, the SPD, which finished as the single largest party in the recent German elections, polled just 25.7 per cent of votes. It was one of the lowest ever vote-shares recorded by the party. As a result, Germany will likely have a three-party coalition for the first time in history, instead of the normal two-party arrangement.

With such growing diffusion of political support, the centre-left may find it difficult to attract and retain enough votes needed to form stable governments. Most centre-left parties have acknowledged this fact, and have subsequently, diluted many of their ideological positions to suit local needs and win votes. For example, in Denmark, the incumbent Social Democratic government under Mette Frederiksen has one of the harshest anti-immigrant/refugee policies in Europe. It is now sending hundreds of Syrian refugees back, saying the situation has improved. The centre-left in France wants higher taxes on business, while in Ireland, the left wants to keep the tax low for big corporations to stimulate the economy.

Indubitably, most centre-left parties in Europe have fared better after the pandemic, but the surge may not be easy to maintain. Right-wing populism may have suffered a setback, but it is not going anywhere. In fact, it has already succeeded in making the centre-left parties more centrist, or even beyond. The far right’s appeal could easily return once the crisis caused by the pandemic eases.