What the Pandora Papers say about Putin's inner circle 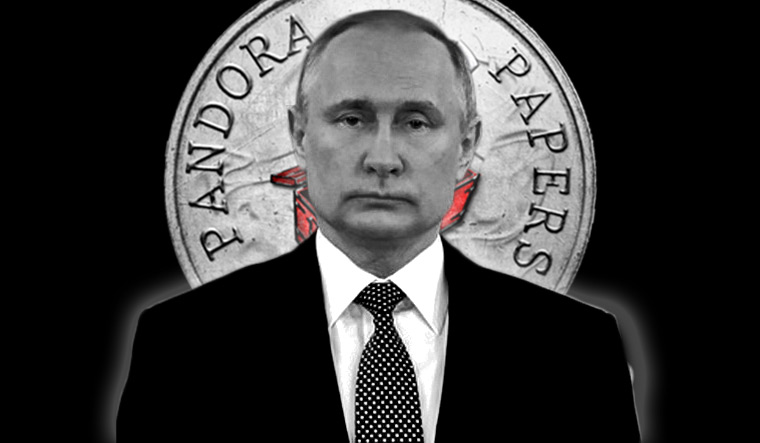 Russian President Vladimir Putin, believed by Hermitage Capital Management CEO Bill Browder to be the richest man in the world, is not directly implicated by the Pandora Papers. But those who were believed close to him, including a childhood friend, an alleged lover, and one of Russia's most influential businessmen, have all amassed and stored vast riches via the intricate network of offshore financing.

The Pandora Papers, 11.9 million files leaked from of 14 offshore providers, is claimed to be the "largest trove of leaked data exposing tax haven secrecy in history". Studying these, The Guardian reported on the "hidden riches" of Putin's inner circle and the offshore firm and personal connections that link them.

Svetlana Krivonogikh, a former cleaner believed to have been Putin's lover, who had acquired assets worth $100 million in the span of a few years around 2000. A newly purchased €3.6 million apartment in Monte Carlo, Monaco is the starting point for The Guardian's investigation, as the Pandora Papers reveal that its ownership, masked by several holding companies and investment firms, reveals that Krivonogikh is its owner. According to the Washington Post, she owns a yacht, a Swiss bank account also exposed in the Pandora trove, and apartments at St. Petersburg’s most coveted addresses, according to reporting by Proekt and Russian public records.

Her daughter, Rozova, is believed to resemble Putin himself. Rozova, a social media celebrity in Russia, has said she attends an annual event each year, that is located less than 20 minutes from the Monte Carlo property.

Gennady Timchenko, a Russian billionaire and oligarch whose close ties with Putin since the 1990s led the latter to declare that he grew "absolutely without my participation". A key player in Russia's oil trade as a co-founder of Gunvor (the fourth largest crude oil trader in the world), he was sanctioned by the United States in 2014. At the time, the US Treasury said, "Timchenko’s activities in the energy sector have been directly linked to Putin...Putin has investments in Gunvor and may have access to Gunvor funds.”

Timchenko and Krivonogikh were both reportedly clients of Eamonn McGregor, a British national who was the MD of Moores Rowland, a professional accountancy and tax firm. The report says Moores Rowland managed International Petroleum Products (IPP), a private company formerly run by Timchenko and two others.

Petr Kolbin, a childhood friend of the Putin family, whose business activities have been linked to both Timchenk and Gunvor. Kolbin has been accused of being a proxy for Putin's wealth.

In 2003, Kolbin took over IPP as its director, and after the US sanctions on Timchenko in 2014, the company (by then known as LTS Holdings) was wholly transferred to Kolbin. Kolbin died in 2018.

Jailed Russian opposition leader Alexei Navalny's deputy, Leonid Volkov, told The Guardian, "Putin is smart. You can’t expect to find an account in his name...But if you see ‘Kolbin’ you can be sure as hell this is Putin’s money.”

Yuri Kovalchuk, the biggest shareholder in Bank Rossiya, who the White House has called "Putin's personal banker". He owns a 25 per cent share in a company that owns the Igora ski resort, which Putin has often visited (and where his daughter, Katerina, wedded Kirill Shamalov--son of a Bank Rossiya shareholder--in 2013). Svetlana Krivonogikh was identified as another owner of Igora by the independent Russian newspaper Proekt (which Russia outlawed on national security grounds).

Konstantin Ernst, owner of Russia's leading TV station, Channel One. The Pandora Papers reveal that he obtained a secret 23 per cent stake in a billion-dollar deal, where 39 "ageing but valuable" Soviet-era properties in Moscow were sold for around half their taxable value through a government run auction.

The Kremlin has dismissed the Pandora Papers as "just a set of largely unsubstantiated claims". Spokesperson Dmitry Peskov said, “We didn’t see anything on hidden wealth within Putin’s inner circle,” and added that it was not clear “how this information can be trusted”.