Why is Japan keen on exercise with IAF Sukhoi fighters?

The proposed exercise has been postponed twice due to COVID 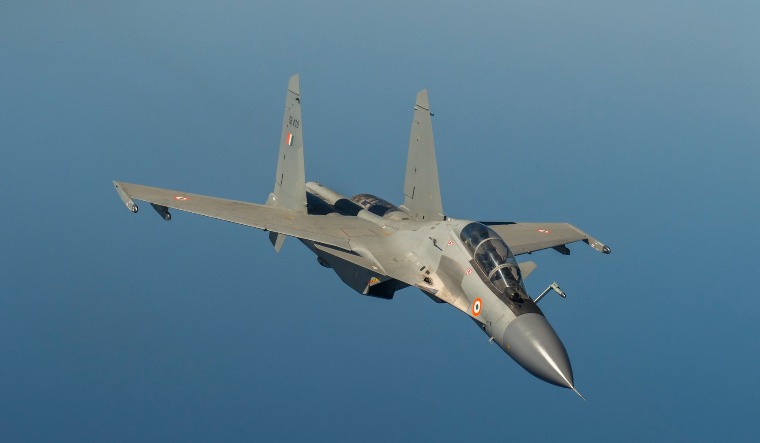 During the first '2+2' meeting involving the foreign and defence ministers of India and Japan in late 2019, the two nations agreed to hold a military exercise involving their fighter aircraft.

It would have been the first such training venture between the two countries, which have held drills involving warships, land-based forces and transport aircraft of their air forces. The fighter exercise, proposed to be held in mid-2020, would have involved the Indian Air Force deploying its Russian-designed Su-30MKI fighters to the Komatsu air base to train with the US-designed F-15J fighters operated by the Japan Air Self-Defense Force.

But the COVID-19 pandemic led to the postponement of the planned exercise.

Earlier this week, Japan's Sankei Shimbun newspaper reported the Japan Air Self-Defense Force and the Indian Air Force had agreed to hold the exercise by the end of this year in "view of the threat of China".

The Sankei Shimbun noted this would be the first time the JASDF would be holding an exercise with a fighter of Russian design. The report claimed the Indian Air Force would deploy six Su-30MKI fighters for the proposed exercise.

The Sankei Shimbun revealed the countries had planned to hold a fighter exercise involving the JASDF's F-2 jets at the Hyakuri air base in July, but this plan was also postponed on account of the COVID-19 second wave in India. The F-2 is an indigenous Japanese fighter that is based on the design of the US F-16.

It was not revealed where the proposed exercise would be held. The Sankei Shimbun noted that the Su-30 fighter was also used by China's People's Liberation Army Air Force (PLAAF).

The Su-30 is a multi-role variant of the Soviet-era Su-27 fighter. China was the first export customer of the Su-27. Beijing subsequently purchased the Su-30 fighter and has developed multiple indigenous derivatives such as the J-11 multi-role jet (based on the Su-27 design) and the J-16 jet, which is optimised for surface-attack missions.

China also became the first export buyer of the Su-35, the most advanced derivative of the Su-27 family, which features new engines that offer increased manoeuvrability and improved radar and electronics. China purchased 24 Su-35 fighters.

A report by Japan's ministry of defence on Chinese military activity in the South China Sea, which was released in March this year, estimated China had 3,015 combat aircraft, of which over 1,000 were newer fourth- and fifth-generation fighters.

The Japanese MoD report estimated China had 349 fighters of the Su-27 and J-11 category and at least 97 Su-30 jets in operation. The Indian Air Force Su-30MKI is different from the early Su-30 fighters used by China in terms of electronics and radar and by virtue of having engines with thrust-vectoring nozzles, granting the aircraft greater agility. However, an exercise with the Indian jets is expected to benefit the JASDF to get familiar with the basic capabilities of the Su-30 family, which could prove invaluable in both a close-range dogfight and long-range air-to-air combat.