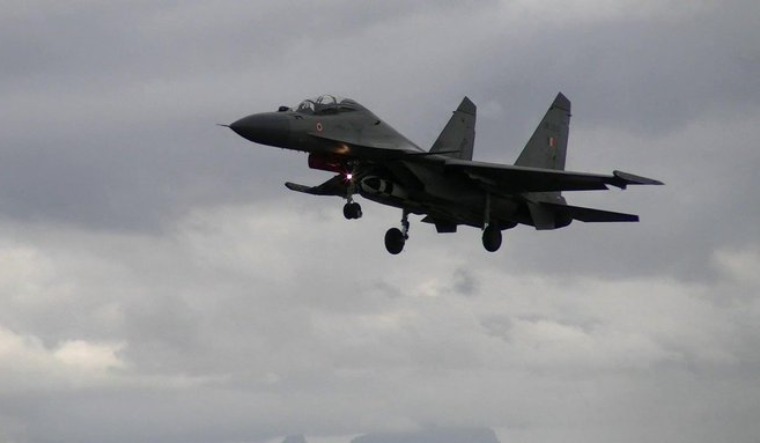 Despite the Indian Army announcing that it had agreed with China to begin mutually 'disengaging' from contentious areas across the Line of Actual Control (LAC) in Ladakh, tension remains high following the clash on June 15.

Reports and satellite imagery have raised concerns that China is increasing its troop concentrations in the region. The Indian Air Force began deploying fighter aircraft and helicopters to forward air bases in the region a week ago. But discourse on a potential conflict with China has mostly been dominated by a focus on ground forces. The potential use of air power on the border with China has been a subject of debate ever since the Jawaharlal Nehru government decided against deploying Indian Air Force fighter and attack aircraft against the invading Chinese forces in 1962.

The Observer Research Foundation, a premier think tank, on Friday published a paper authored by retired air vice marshal Arjun Subramaniam, who is presently a strategic affairs commentator. In the paper titled, Air Power in Joint Operations: A Game Changer in a Limited Conflict with China, Subramaniam argues there is a realisation in the Indian policy making establishment "that air power could emerge as a key element in future India–China conflicts". As the basis for this, Subramaniam cited the Narendra Modi government's move to fast-track purchase of 33 fighter aircraft—21 MiG-29 jets and 12 Su-30MKI fighters—from Russia. The purchase of these jets had been in the pipeline for several months.

Subramaniam declared, "A greater debate is required on the optimal ways of leveraging Indian air power on/across the LAC, should situations escalate beyond face-offs". Subramaniam's paper also refers to the findings of a study of Harvard Kennedy School that had claimed that India had military advantages against China in a potential conflict. Subramaniam disputes some of the findings of the Harvard study on the Indian Air Force having more 'fourth-generation' fighters in the region than China.

"The Harvard paper engages in a bit of ‘India overreach’ by suggesting that the IAF’s current inventory of fourth-generation fighters (Mirage-2000s, MiG-29 UPG and SU-30 MKI) are more than a match for the PLAAF SU-30s, J-10s and J-11s. This might be qualitatively true, but quantitatively, the Harvard paper’s estimation is not corroborated by those of other studies," Subramaniam writes in the Observer Research Foundation paper. He also dispute the "The Harvard report’s suggestion that the PLAAF would allocate and train barely 15 percent of its fourth- and fifth-generation fighters for operations in an India scenario".

Citing another study, Subramaniam estimates the Chinese Air Force's "current inventory of fourth-generation platforms could have crossed 850, or about 40 squadrons. One can project that this figure will go up to approximately 50 squadrons of fourth-generation fighters by 2025". Referring to the Chinese Air Force's induction of the J-20 stealth fighter, Subramaniam argues the Indian Air Force will lose the "qualitative "advantage of the SU-30 MKI and the limited number of Rafales" in this decade.

Subramaniam also acknowledges China's inventory of H-6 strategic bombers, which can fire cruise missiles at ranges of 500km or more. The Indian Air Force does not have a comparable aircraft or weapons.

Subramaniam was cautious about the capabilities of the indigenously built HAL Tejas fighter. The Indian Air Force is expected to buy 83 Tejas MK1A fighters. Subramaniam notes the LCA will offer modest capabilities. He notes, "It is too early to assess whether the LCA MK-1A will be able to penetrate the air-defence network on the Tibetan Plateau. For now, it must be assumed that they will primarily be used in favourable conditions—to hold the line on the western sector, and provide local air defence and limited offensive support around the LAC."

Subramaniam terms as critical the Indian Air Force's plan to buy 114 multirole fighters, at an estimated cost of $15 billion. He writes, "The acquisition of the 114 MRFA aircraft with high-end fourth-generation capability could be critical for the IAF to maintain its combat edge over the PLAAF, since neither the LCA MK-1A nor the proposed MK-2 are likely to supplement the SU-30 MKIs and the Rafale as its vanguard". Last month, Chief of Defence Staff General Bipin Rawat caused a flutter when he hinted the proposed deal to buy 114 fighter jets could be shelved in favour of buying more Tejas jets.

Subramaniam paints a worrying picture for the Indian Air Force by 2030, in terms of numbers. He notes, "Even in the best-case situation of the timely induction of all LCA MK-IA aircraft, emergency purchase of the SU-30s and MiG-29s, the two Rafale squadrons, and up to six multirole fighter Aircraft (MRFA) squadrons (should the pending 114 aircraft contract go through), the IAF will at best have 32–34 fighter squadrons by 2030." This is in comparison to China's PLAAF, which he estimates will have around 50 squadrons of “strong fourth-generation fighters" and 10 squadrons of modest fifth-generation J-20-class aircraft.

Subramaniam notes the Indian Air Force could still retain a numerical advantage in operations in the Tibet region thanks to its network of 10-12 airbases. He writes, "However, a combination of the dense air defence cover, superior EW and space-based intelligence, and the availability of large numbers of the J-20 fifth-generation aircraft will pare the current qualitative advantage of the IAF, unless there is the speedy induction of the 114 MRFA aircraft".