In his 30s, Ahmad Massoud Jr is a carefully crafted personality 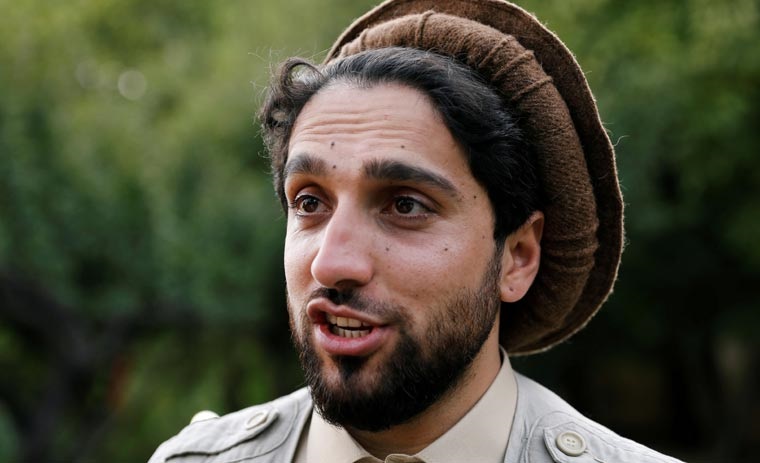 There was a subplot to the war in Afghanistan. The war, fought between the Taliban and the Afghanistan forces, put the spotlight on grand legacies and rightful heirs. One of them was Yar Mohammad Dostum, son of legendary Uzbek warlord and former vice president Abdul Rashid Dostum, who helped the United States topple the Taliban rule in 2001. Dostum is known for his military quirks, using his fighter planes to bomb enemy locations, owning the largest cavalry in the 21st century and also escaping from Taliban custody.

In his home province, Jowzjan, it was the turn of his son Mohammad to hold fort. Videos and photos circulating on social media showed Dostum Jr. holding a gun and defending the streets of the capital city, Sheberghan, with his militia. He was hailed as a hero by some for leading from the front. In the following days, his image took a beating after he was holed up in a corner of the city after it came under the Taliban siege and later, allegedly, flown out by his father to a safer location.

In Mazar-e-Sharif, hometown of former governor of the Balkh province, Mohammad Ata Noor, it was an acid test as the Taliban closed in. The former leader of Northern Alliance vowed to protect the city from the Taliban surge. Accompanying him on the frontline was his son Khaled Noor in military gear and automatic rifle. His son’s role was reduced to a mere photo-op as both father and son duo later fled the country.

Outside the Taliban, the discussion surrounding succession got louder after the victorious march of the Islamist group. After 20 years, the glorious chapter of the Taliban began when the son of its founder, Mullah Omar, Mullah Yaqoob, was at the helm of military affairs. Currently, Yaqoob, who is kept far away from the public eye, is the deputy to Hibatullah Akhandzada, the chief of Taliban, and holds the designation of military operational commander. After the takeover of Kabul, he released at least two audio tapes in which he appealed to the fighters to maintain restraint and conduct themselves with dignity. This move is seen as an attempt by Yaqoob to build confidence among people with respect to his leadership.

As some parts of history repeat itself, standing opposite him is Ahmad Massoud, son of revered leader of Northern Alliance and former mujahideen, late Ahmad Shah Massoud. In 2001, the Taliban under the leadership of Mullah Omar had allegedly assassinated Massoud. Today, his son is defending Panjshir valley, the home of Massouds, once again against the Taliban who have now besieged it.

Panjshir valley is strongly guarded by its terrain, people and legacy. The Hindu Kush in this part of Afghanistan forms an ideal landscape for guerrilla warfare. But the people here are no less protectors of the land than the mighty mountains. What probably separates Panjshiris from the people of other provinces is their ability to be extremely protective about their land, in words and deeds. The news that trickles out of Panjshir is minuscule if it has to be measured in terms of volume and authenticity. “We have been instructed not to speak to the media or the outsiders by Ahmad Massoud,” said a Panjshiri. The unity is evident and so is the wariness to not let out any strategic information. Most importantly, the respect and acceptance for Massoud Jr as the supreme leader is high. In his 30s, he is a carefully crafted personality. Unlike other warlords or leaders, Massoud Jr is almost never seen in either military fatigues or waving fancy weapons. One cannot find an intimidating tone or over-the-top statements from him. The graduate of University of London attempts to be seen more as a statesman and a peace-lover. With an academic approach through interviews to European and US media, he knows how to talk to his natural allies in the west. His editorial in the Washington Post is one such example where he wrote a piece detailing the military assets in his possession while also seeking support from the rest of the world to strengthen the resistance movement.

At the same time, always seen in his father’s signature pakol cap, he has strengthened his hold by staying in Panjshir and organising resistance. There are at least 3 videos of his where he is seen talking to locals of Panjshir and motivating them to be ready for a fight in case they are forced to go to war. Most of the one lakh populace of Panjshir are of Tajik ethnicity, including the Massouds. Many senior political leaders including Amrullah Saleh, acting president of Afghanistan and acting defence minister, Bismillah Khan Mohamaadi are from Panjshir but almost all of them seem to be rallying behind the leadership of Massoud Jr, who is clearly the favourite of the locals.

“He is an admirable individual who actively engages with ordinary people and also meets his commanders to strengthen the national resistance against the Taliban. Ahmad Massoud is the most reliable young leader loved by everyone here,” said a native of Panjshir and supporter of the movement.

In the past, there have been attempts on Massoud’s life, similar to what happened to his father. The latest was the act of suicide bombing in Kabul near the defence minister’s house. It was reported that Massoud met the defence minister and left five minutes before the bomber blew himself up and some attackers tried to enter the minister’s house. It is said that the target was Massoud. The locals of Panjshir recollect that they foiled attempts of Taliban-supported suicide bombers who tried to gain entry to the valley to launch attacks but were stopped at the check points only to blow themselves up.

Despite such experiences, Massoud speaks the language of forgiveness. He has said that he is ready to make peace with the Taliban and be part of the inclusive government provided they agree to his conditions. Currently, the negotiations are on. On one hand, Massoud is speaking the language of peace and on the other, of an armed resistance. Thousands of fighters are being geared up and trained and choppers are put on standby in Panjshir. Many think Massoud is demanding more than he deserves, but his strategy seems to be working well for him. For now, the Taliban have paused their plans to invade the valley as Massoud turns into a poster boy of resistance for international media and a glimmering hope for locals.