The who’s who of Taliban’s top leadership

Currently, Haibatullah Akhundzada is the supreme leader of the group 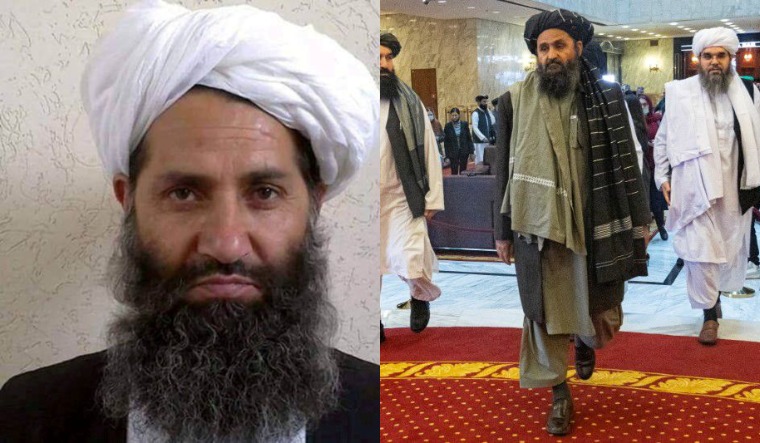 The Taliban has entered Kabul as the United States evacuated diplomats from its embassy by helicopter. And they are awaiting a smooth handover from the Afghan government, ending a 20-year-old experiment of building a democracy in Afghanistan. A senior interior ministry official told Reuters the Taliban rebels were coming "from all sides". There were no reports of fighting.

The Taliban, which has been fighting the Western-backed Afghanistan government since 2001, originally drew members from the ‘mujahideen’ who, with US-backing fought off Soviet forces in the 1980s.

The group, founded by Mullah Mohammad Omar, came into prominence in 1994 and went on to control almost the whole of Afghanistan by 1996 and imposed its interpretation of Islamic law.

Mohammed Omar went into hiding after the September 11, 2001, attacks when the Afghan forces, with the help of the US troops, toppled the group.

Here are the prominent leaders who could be the movers and shakers when the militant group takes over.

Currently, Haibatullah Akhundzada is the supreme leader of the group. He was appointed leader after a US drone attacked killed his predecessor Mullah Mansour Akhtar, in 2016.

Akhundzada is an Islamic legal scholar and is known as ‘Leader of the Faithful’. Akhunzada often has the final word about the group’s political, religious and military affairs.

Akhundzada has taught and preached at a mosque in a southwestern town in Pakistan, Kulchak, for 15 years before May 2016, when he suddenly disappeared. After being appointed the group’s leader, Akhundzada secured a pledge of loyalty from Al Qaeda chief Ayman al-Zawahiri.

Mohammed Yaqoob is the son of Taliban’s founder Mullah Mohammad Omar. Mohammed Yaqoob oversees the group’s military operations. Mohammed Yaqoob’s name has been proposed to be supreme leader several times. But, Yaqoob proposed Akhundzada’s name as he felt that he was too young and lacked battlefield experience. Yaqoob, who is believed to be 31, was appointed the outfit’s military chief in 2020. Yaqoob is said to belong to the moderate camp, that has been pro negotiating a long-lasting peace. Under Yaqoob’s leadership, the Taliban has not attacked any of the Western troops, that is on their way out of the country.

Sirajuddin Haqqani is the son of prominent mujahideen commander Jalaluddin Haqqani, who leads the Haqqani Network. The Haqqani Network is a group that Is known to oversee the Taliban’s financial and military assets across the Pakistan-Afghanistan border. Haqqani is currently the deputy leader of the Taliban. Experts believe that it is the Haqqanis who introduced suicide bombing to Afghanistan. Suicide bombings have been said to be behind several high-profile attacks, including a raid on Kabul’s top hotel, an assassination attempt on then-President Hamid Karzai and a suicide attack on the Indian embassy.

Mullah Abdul Ghani Baradar is one of the co-founders of the Taliban. He headed the Taliban government in exile in Qatar and is touted to be the President of Afghanistan, according to experts. Ghani Baradar was among the leaders who negotiated with the US to put together a peace deal. Baradar is known to be the founder, Mullah Omar’s most trusted commander. He was captured by the US-backed security forces in 2010 and then released in 2018.  Ghani Baradar has otherwise lain low, barring sending out messages on Islamic holidays.

Sher Mohammed Abbas Stanikzai has been living in Doha for over a decade after the removal of the Taliban government. Stanikzai received training from the Pakistani Army and Inter-Services Intelligence like the other militants. In 1996, Stanikzai travelled to the US, to ask the Clinton administration to extend diplomatic recognition to Taliban-ruled Afghanistan. Stanikzai has close links with ISI.

Hakim Haqqani, head of the Taliban’s negotiating team is also said to be someone whom Akhundzada trusts most. Hakim Haqqani has been lying low in Quetta, Pakistan since 2001, where he is said to have headed an Islamic madrassa. Hakim Haqqani was appointed chief negotiator for intra-Afghan talks in September 2020.

He is head of the Taliban’s negotiating team. The Taliban’s former shadow chief justice heads its powerful council of religious scholars and is widely believed to be the person Akhunzada trusts most.