Meet the Afghan warlords who could be final bulwark against Taliban, as military buckle

From Gulbuddin Hekmatyar to Mohamed Atta Noor and Rashid Dostum, there are many names 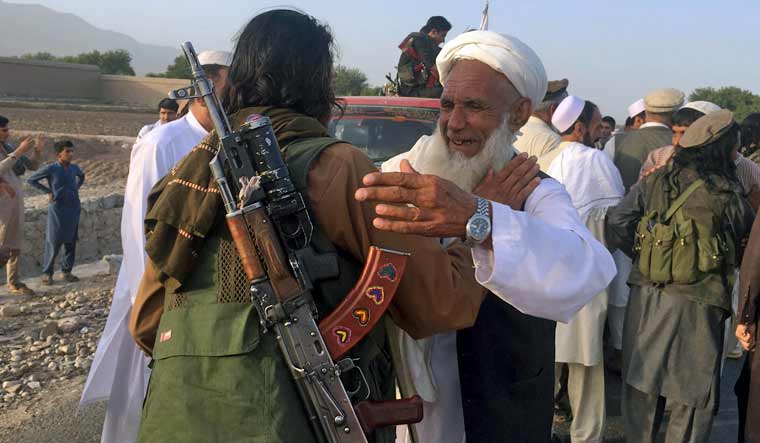 With each passing day in Afghanistan, fresh news keeps emerging that more and more territories are falling into the hands of the Taliban—post the withdrawal of US troops, the insurgents now claim control over more than a third of the 421 districts and district centres across Afghanistan. They have also captured several border crossings with Iran, Uzbekistan and Tajikistan, opening up potential revenues for the Taliban and cutting key transportation routes. The Islam Qala border crossing with Iran was the latest to fall to the Taliban.

Among all the news, the most surprising and possibly the most significant one was Taliban's capture of most of the remote Badakhshan province, the northern region being traditionally the domain of US-allied militias and warlords. It was the only province that didn't come under Taliban control during the group's 1996-2001 rule. It was once a Jamaat-e-Islami stronghold. There are also reports emerging that the Afghan National Army (ANA), whom US President Joe Biden dubbed well-equipped and very well-trained, have been unconditionally surrendering and giving up arms to the Taliban. The Afghan government looks helpless and in complete loss of the situation.

The only voices of resistance now come from the multiple militia groups and warlords dotting the Afghanistan landscape, all with conflicting ideologies and incongruent personal interests, and many of whom are accused of gross war-crimes and crimes against humanity. Most of them have openly raised arms against the Taliban, who are threatening their territorial fiefdoms.

Who are some of these warlords who could play a significant role in the coming days and months?

From pro-Soviet General Mohammed Daoud Khan setting up the Republic of Afghanistan with strong affinity to the USSR in 1973, to the Soviet invasion in 1979 to bolster a dying Communist regime, to the rise of Mujahideen opposing the USSR and funded by the US, China and Britain via Pakistan, and the bloody civil war in the 90s when the anti-Soviet militias disintegrated into mutual rivalry, ethnic tensions have been front and centre in the Afghanistan conflict.

From Pashtuns to Tajiks, Hazaras and Uzbeks, there are a lot of feuding clans in the country, all clamouring for a piece of the pie. The power has always been largely in the hands of the Pashtuns, who make up the lion’s share of Taliban militants. In the ruling Afghan regime in Kabul, there is currently a power-sharing deal in place—President Ashraf Ghani is a Pashtun while Abdullah Abdullah, who leads the National Reconciliation High Council, is a Tajik.

The forever survivor. The septuagenarian has seen it all and done it all, and remains a living relic of Afghanistan over the stormy decades. A hardcore Islamist from a young age (he studied in Kabul at the same time as his moderate nemesis Ahmad Shah Massoud, the “messiah” of Panjshir Valley), he fled from the suspicious gaze of Daoud into Pakistan. He re-emerged in Afghanistan during the Soviet-Afghan war with Hezb-e Islami, one of the most well-funded Mujahideen groups courtesy the CIA.

He is reviled by a lot of Afghans. At the height of the civil war in the 90s, after Soviet-backed president Najibullah’s ouster, Hekmatyar laid complete siege to Kabul with missiles—resulting in massive casualties—at the same time that Massoud was the defence minister.

In the past months, Hekmatyar’s people have been holding rallies in Badakhshan and Herat, calling for the resignation of the Afghan government and an escalation in the peace process.

The strongman in the North. Once the governor of Balkh province, where Mazar-e-Sharif is the capital, he effectively still runs the region. As head of Jamaat-e-Islami, one of Afghanistan's strongest parties, he wields influence across the north. An ethnic Tajik leader, he has accused fellow clansman Abdullah Abdullah—who shares power with Ghani—of not being sufficiently invested in Tajik interests.

He had long vied over control of northern Afghan territories against ally-turned foe Uzbek warlord Abdul Rashid Dostum. After the US-led coalition drove the Taliban away from Mazar-e-Sharif, frequent clashes erupted between Noor’s militia and those of Dostum for the control of Balkh. He managed to retain control over the territory, expelling Dostum in the process.

Earlier this year as the Taliban gained momentum, Noor was one of the first to press for the creation of new militias, calling it a “people's uprising”. Noor also slammed the quick US departure as irresponsible. “While Afghanistan appreciated the money and manpower America invested in the country, it did nothing to make Afghanistan self-sufficient,” he told AP in an exclusive interview. “We needed factories to produce our own ammunition and workshops to repair the aircraft and other vehicles that were given to the Afghan forces. But the international forces did not work to build a foundation, a self-sufficiency in Afghanistan.”

The Uzbek militia leader, who has been accused of perpetrating war crimes and rape in Afghanistan, served as vice president of the country for over six years since 2013. In the Soviet-Afghan war, he fought against the Mujahideen and switched sides just before the fall of the Najibullah government. He was a major player in the US’s Northern Alliance that beat back the Taliban in crucial territories, especially the Mazar-e-Sharif. After successive losses to Noor in Balkh, Dostum moved his attention to the Jawzjan province.

According to TOLO News, Dostum, currently in Turkey, has said that he will soon return home to Jawzjan to suppress the Taliban in the north. “I predicted this years ago. All districts, tanks were handed over to the Taliban without resistance. I don’t know what the plan is,” he said.

Known as the 'Lion of Herat', the Jamaat-e-Islami leader has been building up resistance against the Taliban insurgents who are at the Herat doorsteps, capturing key districts one after another. Ismail Khan was a part of the US anti-Taliban coalition in the early 2000s. As The News Pakistan reported, he said: “We will reorganise the war fronts. We will save the city of Herat from those who have the order to plunder the city. We will not let them to change their dreams for plundering Herat into reality. We will not allow them to cast an evil eye towards the honour and dignity of our people,” said Ismail Khan.

A Hazara overlord from Maidan Wardak. His militia is on the wrong side of both the Taliban and the Afghan government, the latter blaming Alipur for downing a military helicopter and sparking tensions in the area in the name of opposing Taliban. Hazaras, one of the most persecuted minorities in Afghanistan because of their Shia faith, are reported to be firmly behind him though, disillusioned by government inactions against their atrocities faced. As France24 reported, his militia boasts of patrolling roads and launching brazen raids on Taliban areas to abduct the relatives of militants, later used as bargaining chips to release Hazara hostages.

A Pashtun militant, he led the Afghan mujahideen faction Ittehad-al-Islami. Sayyaf was notorious for his ties to al-Qaeda in the 1990s and was the inspiration for the Philippine terrorist group, Abu Sayyaf. He is also a powerful politician in post-Taliban Afghanistan, often seen at meetings with President Ashraf Ghani. He is believed to be the person who first invited Osama bin Laden to Afghanistan, after his Sudan expulsion.