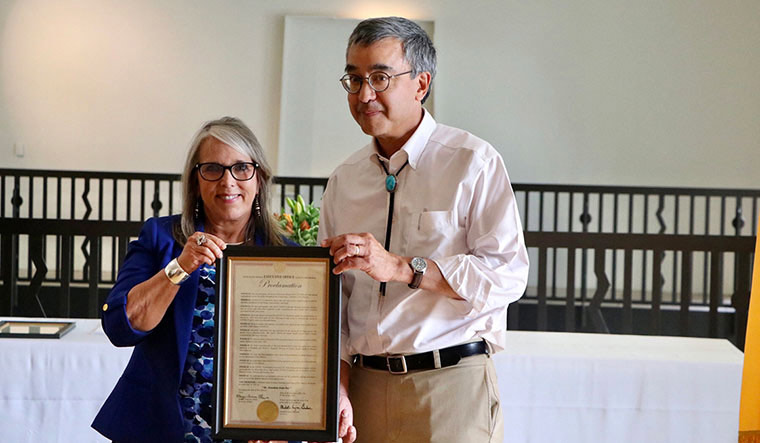 To cross the border between Texas and New Mexico in March, 2020 would have been to see two different approaches to what was then a pandemic in just its initial (officially declared) days.

New Mexico had stay-at-home orders by March 24, Texas had this only by April 2; New Mexico restricted gatherings to 6 or more and required a mandatory quarantine for out-of-state travellers—Texas allowed 10 or more people at gatherings and had only a limited quarantine for visitors.

Perhaps more significantly, in a time where many Americans struggled to get a COVID test in the initial chaos of the pandemic, New Mexico had drive-through testing centres: A convenient proposition, to say the least.

A year later, the state—which has a disproportionate amount of America’s poor, as well as several citizens with underlying health conditions, making it among the states most vulnerable to COVID-19—is a leader in vaccination rates. In mid-June, the state reported nearly 60 per cent of its population as fully vaccinated. With over 200,000 reported COVID-19 infections and just over 4,000 deaths, it has performed far better than most of its neighbours, despite being lacking the wealth and resources of states like Texas.

The honouring of an Indian-American, Dr Jonathan Iralu as a “health-care hero” with an entire day—July 19, 2021 now being Dr Jonathan Iralu Day—reflects his contribution in keeping the state on top of the charts in terms of its response to the COVID-19 pandemic. Indian-origin, originally hailing from Nagaland, his efforts helped protect the other “Indians” of the Americas, the native-American populations.

“Dr. Jonathan Iralu, who is the Indian Health Service Chief Clinical Consultant for Infectious Diseases; he has been treating New Mexicans and caring for his community at the Gallup Indian Medical Center since 1994. Dr. Iralu is also an instructor at Harvard Medical School and serves as a senior physician at Brigham and Women’s Hospital Division of Global Health Equity in Boston, Massachusetts. He has been proactive since outset of the pandemic in taking measures to protect the people of New Mexico, establishing a drive thru COVID testing operation weeks before the first confirmed COVID-19 case in New Mexico and, throughout the pandemic, delivering timely, high-quality COVID-19 patient care to members of New Mexico’s Tribes, Nations, and Pueblos,” it read.

In recognition of his efforts, New Mexico will recognise July 19, 2021, as Dr Jonathan Iralu Day. The feat was noted by Nagaland Chief Minister Neiphiu Rio who said he was “delighted” by the announcement.

“Dr. Jonathan Vilasier Iralu is a 3rd generation doctor from Khonoma village. He has made the people of Nagaland proud. Congratulations to him,” Rio tweeted.

I'm delighted to know the State of New Mexico Exec. Office, Santa Fe, New Mexico has proclaimed July 19, 2021 as "Dr. Jonathan Iralu Day."
Dr. Jonathan Vilasier Iralu is a 3rd generation doctor from Khonoma village. He has made the people of Nagaland proud. Congratulations to him pic.twitter.com/8HirDMQzUG

Dr Iralu’s father, Vichazelhu Iralu, moved from Nagaland’s Khonoma village to the USA in the 1940s, the Indian Express reported.

Dr Iralu is just one out of many Indian-Americans who have contributed greatly to the United States’ COVID-19 response. The reinstated Surgeon General, Dr Vivek Murthy, is testimony to this. Dr Murthy had been dismissed by the Trump administration in 2017. He was reinstated in December, 2020 by the Biden administration.

Besides Dr Murthy, another Indian-American formed part of Biden’s core COVID response, Atul Gawande, who was a member of the COVID-19 advisory board and who previously served as a senior advisor in the Department of Health and Human Services in the Clinton Administration.