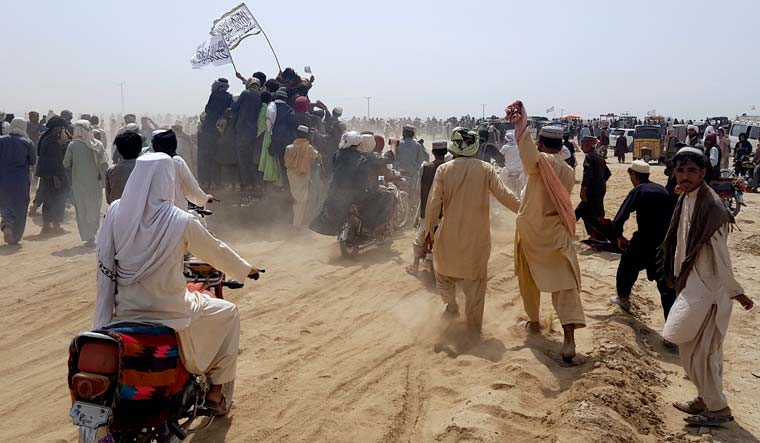 With little more than a month left before US forces complete their withdrawal from Afghanistan, the government of Afghanistan has alleged that Pakistan has ramped up support for the Taliban militant group.

On Thursday, Amrullah Saleh, the Vice President of Afghanistan, alleged that the Pakistan Air Force was providing close air support to the Taliban.

Saleh tweeted on Thursday night, "Breaking: Pakistan air force has issued official warning to the Afghan Army and Air Force that any move to dislodge the Taliban from Spin Boldak area will be faced and repelled by the Pakistan Air Force. Pak air force is now providing close air support to Taliban in certain areas."

He added that Pakistan had warned Afghanistan aircraft to stay away from Spin Boldak or risk getting shot down. "If anyone doubts my tweet on Pak Air Force & Pak Army warning to d Afg side not to retake Spin Boldak I am ready to share evidence through DM. Afghan aircrafts as far as 10 kilometers frm Spin Boldak R warned 2 back off or face air to air missiles. Afg is too big to be swallowed," Saleh tweeted.

Spin Boldak is a key town in Kandahar province that lies on the border with Pakistan and is a major road link to Quetta.