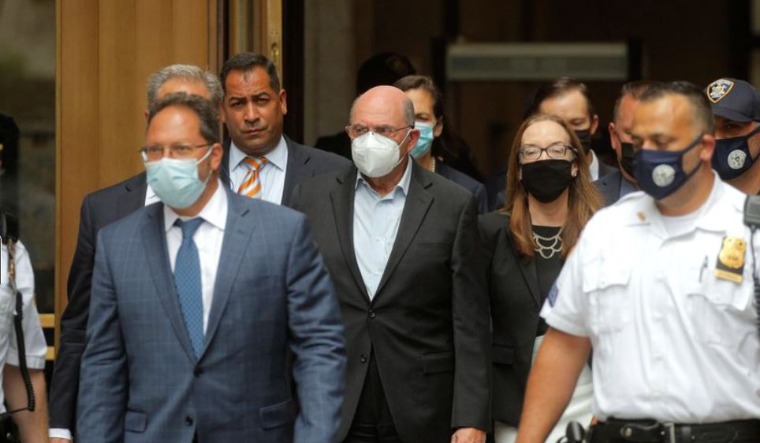 While Donald Trump himself wasn’t charged with any wrongdoing, prosecutors noted that he signed some of the checks, that are the centre of the investigation.

Weisselberg alone has been accused of defrauding the federal government, state and city out of more than $900,000 in unpaid taxes and undeserved tax refunds. The case is a result of a two-year investigation by New York Authorities.

The organization owns hotels, golf clubs and other properties. The lawyers have been investigating a range of matters involving the Trump Organization including hush money paid to women on Trump’s behalf or falsifying the value of its properties to obtain loans to reduce tax bills.

Other matters being investigated include the company paying for private tuition of his grandchildren with checks bearing Trump’s signature, as well as for Mercedes cars driven by Weisselberg and his wife, and gave him cash to hand out tips around Christmas. The prosecutors hope to put Weisselberg under pressure and get him to cooperate with more details. Similar pay-offs have helped other executives in the company evade taxes for 15 years.

Weisselberg on Thursday handed himself over to authorities. He was made to surrender his passport and was released without bail. If convicted, he could get five to fifteen years in prison. Having worked in the organisation for about fifty years, 73-year-old Weisselberg has intimate knowledge of the Trump Organisation’s financial dealings.

The company tax fraud charges against the company are punishable by a fine of double the amount of unpaid taxes, or $250,000, whichever is larger.

Weisselberg concealed being a New York resident, despite living in a Manhattan apartment paid by the company. He claimed residence in a Long Island home, and in doing so he avoided paying thousands in federal, state and city income taxes. Weisselberrg came under scrutiny also due to questions about his son using a Trump apartment for little or no cost.