40 years ago, Israel bombed an Iraqi nuclear reactor. How it changed the world 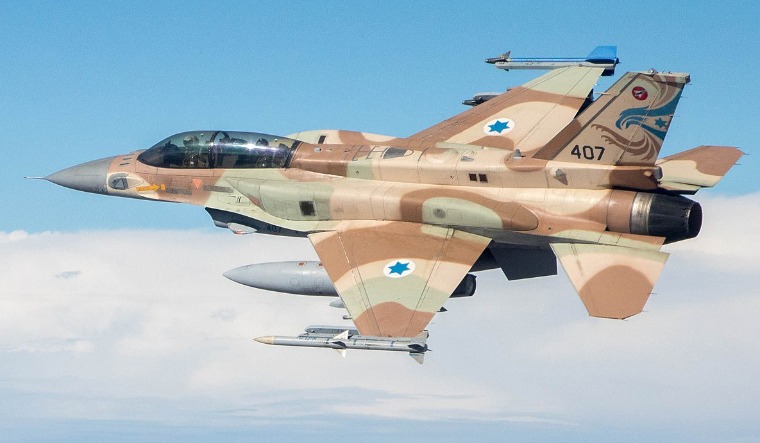 June 7, 1981, occupies a special place in the annals of international relations and military history. On that day, Israeli Air Force F-16s destroyed a nuclear reactor that was being built near Baghdad with French assistance. The French had named the reactor facility 'Osirak'.

Israel had warned that the reactor would provide Iraqi dictator Saddam Hussein plutonium to build nuclear bombs. The attack on the Osirak reactor was the first air strike in the world against a nuclear reactor. The attack triggered widespread international condemnation of Israel, but the Jewish state remained defiant.

Writing in The Jerusalem Post last week, Seth J. Frantzman observed "In only several minutes on that day, Israel established a doctrine that it would act to prevent any existential threat involving weapons of mass destruction in the region."

Peter Ford, a former US Air Force fighter pilot who is now an executive with Raytheon, wrote about the significance of the Osirak attack in a thesis at the US Naval Postgraduate School in 2004. Ford wrote the attack was “valuable primarily for two purposes: buying time and gaining international attention. Second, the strike provided a one-time benefit for Israel..." Ford remarked that Israel had attempted to use diplomatic means to dissuade countries from supplying nuclear technology to Iraq for seven years.

The attack on Osirak involved the need for the F-16 attack aircraft and their F-15 escort fighters to fly at low level over Jordan and Saudi Arabia to avoid radar detection. King Hussein, who was ruling Jordan at the time, had close ties to Saddam Hussein and almost wrecked the Israeli operation.

Air Force Magazine in 2012 noted, "King Hussein of Jordan, aboard his yacht in the Gulf of Aqaba, saw the F-16s pass by, headed east. Hussein, a pilot himself, recognized what they were. He sent a warning message to Iraq, but it was never received by anyone in authority."

Israeli versions of the King Hussein episode vary. Israel Defense, a defence website, in 2011 claimed King Hussein's call was intercepted by Israeli intelligence. "He [King Hussein] rushed a call through from this yacht to the Jordanian military staff in Amman and ordered them to warn the Iraqis that Israeli planes were screaming in their direction. The other side affirmed that it received the message and promised to convey it to the Iraqis. Hussein did not know, according to foreign sources, that the person on the other end of the line was not a Jordanian officer, but an Arabic-speaker from Israeli intelligence. The warning, probably, never reached its destination," Israel Defense claimed.

The attack on Osirak remains an incident analysed by military experts for the overwhelming odds the Israeli Air Force faced. The least of which was the distance of around 600 miles to the target area. Noting that no air defence missiles or guns had "touched" the Israeli F-16s, then prime minister Menachem Begin once attributed the success of the Osirak attack to the "grace of God".

In 2007, the Israeli Air Force destroyed another under-construction nuclear reactor, this time in Syria. And over the past 20 years, there have been plenty of warnings from Israel that it would not stand by if Iran attempted to acquire nuclear weapons. The success and limitations of the Osirak attack continue to have reverberations. The Osirak attack was cited as a model of the doctrine of pre-emption in the wake of the September 11 attacks in 2001. Proponents of the theory point to the complications the region would have faced if Saddam Hussein developed nuclear weapons.

And the reverberations of the Osirak attack exist not only in the Middle East. Pakistan claimed the Indian Air Force had planned to launch an Osirak-style attack on its nuclear facilities in the 1980s.