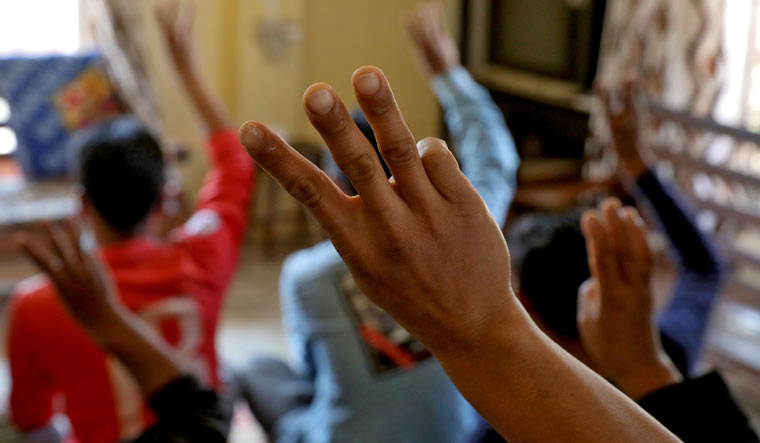 [File] Myanmar nationals, including those who said they are police and firemen and recently fled to India, flash the three-finger salute at an undisclosed location in Mizoram | Reuters

The Myanmar military, on February 1, brought an end to a decade of civilian rule, when it detained leader Aung San Suu Kyi. The country has been in a state of turmoil ever since. Protestors have been taking to the streets relentlessly for over two months. So far at least 737 people have lost their lives in clashes between the protesters and the military forces.

The US, on March 30, suspended a trade deal with Myanmar. To increase pressure on military leaders responsible for the coup, the European Union on Monday, announced that it expanded sanctions against military leaders and several army-controlled companies. The announcement comes ahead of the ASEAN summit slated to meet on April 24.

Thailand Prime Minister Prayuth Chan-ocha will skip the summit. Thailand will instead be represented by Deputy Prime Minister Don Pramudwinai, who is also the nation's foreign minister.

EU's latest sanctions target 10 individuals and two military-controlled companies that are already subject to sanctions by the US, Britain and other governments.

Japan, in the meantime, has demanded that a Japanese journalist Yuki Kitazumi, who is being detained in Myanmar on charges of spreading fake news be released.

Myanmar's economy has been in a state of crisis due to civil unrest, which could worsen as a result of sanctions.

EU citizens and businesses are banned from doing business or providing funds to them without special permission, an AP report reads.