The age of the ideological traitor is now finally over 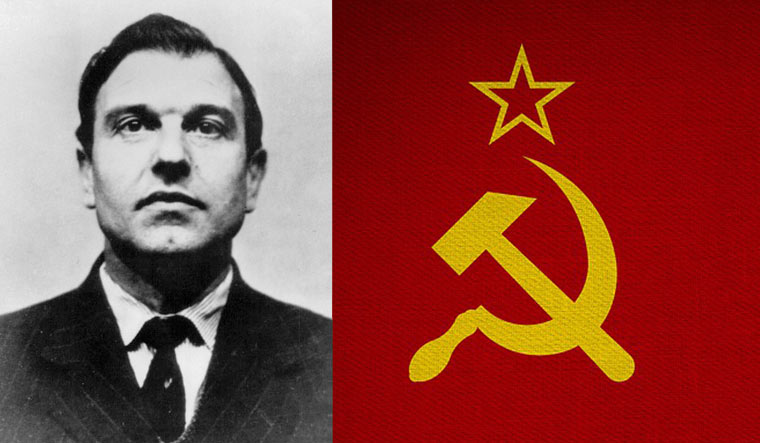 Last week, Colonel Georgy Ivanovich, formerly of the vaunted KGB, died in Moscow, a frail, blind old man of 98 years of age. In another age, he was George Behar, a Dutch Jew, aged 17 and a member of the underground resistance fighting the Nazis in World War II. Later he was Lieutenant George Blake of the Royal Navy and still later he was Mr Blake of Her Majesty’s Secret Intelligence Service, fighting on the invisible front of the covert intelligence war against the Soviets. Aged 29, he was a convicted spy, masked as a Soviet double agent and sentenced to a lengthy spell in Jail. Aged 34, he was a wanted fugitive, having escaped prison, and then making his way across the iron curtain into the Soviet Union. Feted as a hero in Moscow, he became a celebrated defector and was officially taken into the KGB with a new name and rank.

Like Rudyard Kipling’s fictional Kim, he started life out as a secret courier and his early initiation into that shadowy realm of espionage would send him on a lifelong journey through the subterranean labyrinth of deception and betrayal. So many others shared his calling, but not his luck. Hordes of moles, subversives, assassins, propagandists, code breakers along with con men, Mafioso, drug traffickers and other undesirables in tow fought in the long European war between 1914-1989. Some were in it for the money, others for patriotism, some for revenge, others seeking glamour.

Each of their life stories had its moments of glory and dishonour though a cynic might well agree with overall grey scepticism that reeks from The Spy Who Came in From the Cold, one of the great spy novels of all time.

Alec Leamas, the hero, states without reserve “What do you think spies are: priests, saints and martyrs? They’re a squalid procession of vain fools, traitors, too, yes; pansies, sadists and drunkards, people who play cowboys and Indians to brighten their rotten lives.”

It’s true, from even a cursory perusal of the intelligence literature, that a traitor is the lowest currency of the cold war. They were cheap, common and like dirty cash, easily expendable.

Yet there is one rare stock, a now lost vintage, a collector’s premium, reserved lot in the clandestine realm. They are the champagne of spies, the ace of deceivers—the ideological traitor.

George Blake, the Soviet double agent, was one such figure. So was Philby, Burgess, Rosenbergs, Nunn May...all marquee traitors. They were not Judas’s or Mir Qasim’s in that they did not sell their soul for thirty pieces of silver or the promise of a throne. Their ilk were the chosen ones, partisans by choice and spies by conviction, compelled by ideals and not earthly reward.

They mostly lived and worked their mischief in the early days of the Cold War. After them, every westerner who spied for the KGB did it out of fear or for cold cash and other lesser lucre.

The formation of covert loyalties is a fascinating thing. These young men who mostly came of age in the 1930s had their beliefs forged on the anvil of troubled experiences. It was a time of great disillusionment and decay. The carnage of the First World War was within living memory when the Great Depression of 1929 gangrened a whole generation, forever blighting millions of lives. Life in the west had become ugly and wretched.

Meanwhile, led on by the un-exorcised ghosts of militarism, racism and colonialism and fuelled by the misery and squalor of ravaged economies, fascist legions were on the march in Europe. In an age of unbelief, their movement offered a sinister and sulphurous faith to millions. To those repelled by their barbarism, it offered the police baton, the camp and the disappearance. There were no fence-sitters.

Meanwhile, the Soviet Union appeared to be on the right side of history. It stood in the public eye, to stand for human dignity, secure livelihood and moral purpose. Very efficient Kremlin propaganda had airbrushed from even the keenest intellectual gaze, the worst aspects of its rule—the purges, the repression, the famine et al.

As Whittaker Chambers, a onetime Soviet spy turned anti-communist, put it when detailing the act of becoming a communist, “His decision to become a Communist seems to the man who makes it as a choice between a world that is dying and a world that is coming to birth.”

This was the cardinal choice they made. They looked to their conscience and as Shakespeare put it ‘‘Remember(ed) that the theatre of the whole world is wider than the kingdom of England”.

George Blake was, even in this select lot, a unique specimen. Patrician Englishman and or true blue Yankees may commit treason knowing full well the consequences of their actions. Blake, by most accounts, was truly rootless and somewhat naive. As an émigré Jew, with internationalist sympathies, he never felt a member of the Anglo-Saxon ruling class. His prospective marriage to his Mi6 (another name of the SIS) secretary was even scratched because of opposition to his religious background.

Unlike the Cambridge Five, with whom he is mistakenly associated with, he wasn’t a double agent compelled to treason by loss of faith in Eton, England and Empire. It was in Korea, where he had been sent as an operative, that the conversion to communism took place.

During the Korean war, Blake was captured by North Koreans when they took Seoul. He and his fellow prisoners were then sent North, deep into the Korean countryside. It was here, much like the conversion of the Paul the Apostle on the Road to Damascus, that Blake experienced an epiphany. As a detainee, he discovered Marx in the prison camps. But more than that, it was the horrors that he witnessed, that turned him.

"It was the relentless bombing of small Korean villages by enormous American flying fortresses. Women and children and old people, because the young men were in the army. We might have been victims ourselves. It made me feel ashamed of belonging to these overpowering, technically superior countries fighting against what seemed to me defenceless people. I felt I was on the wrong side ... that it would be better for humanity if the Communist system prevailed, that it would put an end to war."

And so, he became a communist and a double agent. In passing Judgement on Blake & Co., we may think of them as tragic men, dupes to fate but men of conviction nonetheless. As Henry the fifth says in Shakespeare’s titular play, "I will weep for thee, for this revolt of thine methinks is like another fall of man.”

Sankar Ramachandran is an independent journalist.