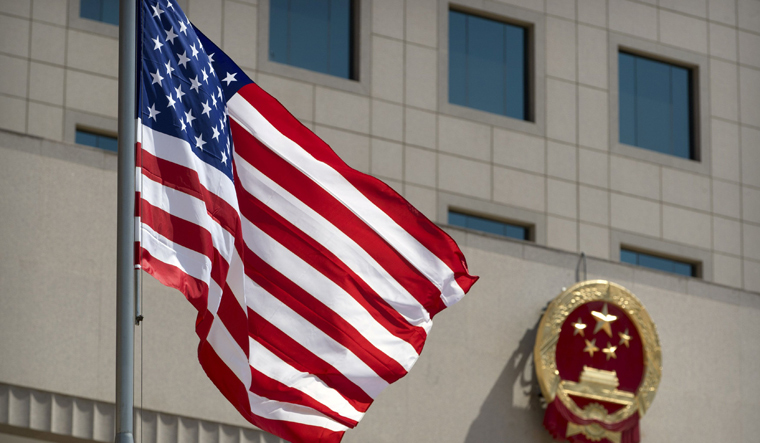 Washington is out to charm India’s neighbours as America’s top diplomats dash from Dhaka to Male, just weeks away from the US presidential elections. After the 2+2 talks in Delhi on October 27, US Secretary of State Mike Pompeo will visit Columbo the next day. He is also expected to make a stop at Male.

In the last few weeks of President Donald Trump’s presidency, before the elections, China still remains a threat, a battle against which is yet to be won. The US Deputy Secretary of State Stephen Biegun was in Dhaka last week. “We had a very constructive discussions, and it leaves me quite optimistic about the state of US-Bangladesh relations as well,” said Biegun at a telephonic press briefing on Tuesday.

Bangladesh is the latest to join the Chinese bandwagon for money. Dhaka recently reached out to China asking for USD 6.4 billion to fund nine infrastructure projects—including restoration and management of the Teesta. This sent alarm bells ringing in South Block prompting Foreign Secretary Harsh Vardhan Shringla to dash off in August on a goodwill trip.

America, too, wants to do its bit to ensure that Dhaka—one of the fastest growing economies in the world—doesn’t fall into the outstretched arms of China. There was talk about cooperation in people-to-people areas; in various areas of government interest, including science and culture and medicine security. And as Beigun put it: “How we make sure that we do our utmost, working together, with a series of partners in the Indo-Pacific to promote a free and open Indo-Pacific that guarantees sovereignty and prosperity for the nations in the region.”

Continuing to do its COVID-19 reach out, a shipment of gas analysers, which are important to calibrate ventilators, were handed over.

While Bangladesh has been on the US radar as “an important security partner with strong potential to enhance regional stability”, the current climate with China’s belligerence has made it essential to the plan. So much so that Washington has even toned down its criticism against Prime Minister Sheikh Hasina. In February last year, at a Senate Armed Service Committee, US Admiral Phil Davidson raised concerns about the “trend of consolidation of power” by Hasina.

“Bangladesh’s December 30 elections point to concerning trend of consolidation of power by the ruling Awami League and raise fears that PM Hasina is aiming to achieve a de facto one-party state,” he said.

On Tuesday, when asked specifically about “zero” freedom of expression in Bangladesh, Biegun chose to be a true diplomat.

“We are fully cognizant that Bangladesh is advancing in a region which has not always been hospitable to democracy, and building a democratic culture and having it sink in and sustaining it over a course of numerous elections is a challenge that every nation has to confront on its own, and in the case of Bangladesh that’s no different. So, I’d be careful not to make a crowd judgment about Bangladesh as a snapshot in the current moment, but rather look at it in the larger continuum of what we want for Bangladesh and what we believe the Bangladeshi people themselves want for their own country.”

America also thanked Bangladeshi government for efforts to ramp up production of personal protection equipment and deliver that to the United States during the early stages of this pandemic.