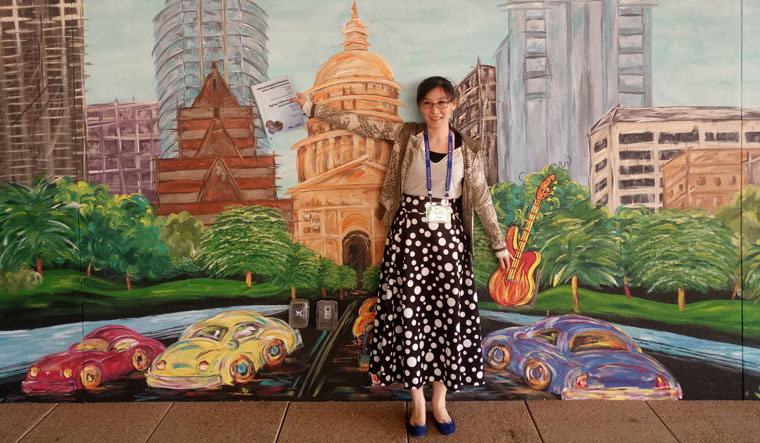 Seeking refuge: Yan at the Keystone Symposia in Austin, Texas, in 2018. Fearing for her life,Yan fled from Hong Kong and is now in New York

When virologist Li-Meng Yan first alleged that the novel coronavirus was made in a lab in China, she had to flee her native city of Hong Kong for the United States. The allegation was not without weight, as it goes against the scientific consensus that the virus evolved naturally within bats and was transmitted to human beings. Further, with over 36 million cases and over one million-dead worldwide, China’s responsibility for the fallout of the coronavirus is significant if the virus was indeed made in one of its own labs. China has, naturally, denied her charges. But Dr Yan says they did not stop there.

She told THE WEEK that she knew the Chinese Communist Party had been tailing her, following her even in New York. But, she said she was “under protection” and that they would not win against her. Now, however, she has told a US television channel that China had detained her mother.

"I'm the only child in my family. My Mom has done nothing wrong. The only thing they arrest my Mom for, and send her to Beijing, is because I tell the truth of COVID-19, which Chinese government feel angry about. What they have done is try to make me silent,” she said.

THE WEEK has reached out to Dr Li-Meng for confirmation of her mother’s arrest.

This would not be the first time China has sought to intimidate whistleblowers on the coronavirus. Famously, Dr Li Wenliang, who was among the first eight whistleblowers to warn about the dangers of the virus, was targeted by the police. He later died of COVID-19 in a Wuhan hospital.