Message to China? US deploys B-2 stealth bombers to Indian Ocean base 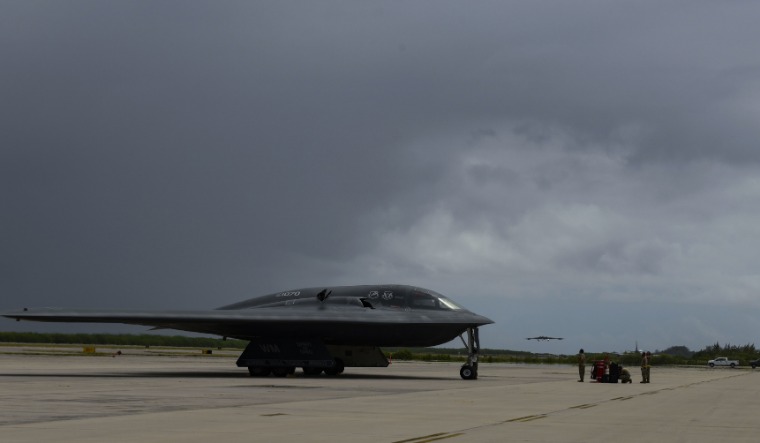 The B-2 bombers arriving in Diego Garcia | US military

The US military's Indo-Pacific Command (INDOPACOM) announced that three B-2 stealth bombers of the US Air Force had been deployed to the remote Indian Ocean island of Diego Garcia.

The three aircraft departed their home base in Missouri on Tuesday to arrive in Diego Garcia on Wednesday after a 29-hour flight.

"“We are excited to return to this important location. [Diego Garcia] puts the INDO in INDOPACOM... This Bomber Task Force is our National Defense Strategy in action. We are sharpening our lethality while strengthening relationships with key allies, partners and our sister-service teammates. Despite a global pandemic, the Airmen of Whiteman Air Force Base and Air Force Global Strike Command stand ready to support INDOPACOM and the Department of Defense in achieving our Nation’s strategic objectives," said Lt. Col. Christopher Conant, commander of the Bomber Task Force.

The B-2 is the most advanced bomber in the US Air Force. Only 20 B-2 aircraft are believed to be in operation and the aircraft is primarily meant for long-range attack missions against well-defended targets given its reduced radar cross-section. The B-2 has a range in exercise of 10,000km and can carry around 20 tonnes of bombs and missiles.

The last B-2 deployment to the INDOPACOM region was in January 2019, when three aircraft deployed from Missouri to a base in Hawaii.

The deployment to Diego Garcia comes at a time of continuing US tension with China, particularly over the South China Sea. China is set to launch exercises near Taiwan, simulating an amphibious invasion.

"The deployment through the Pacific comes at a time of real tension in the South China Sea. Next week, the Chinese People’s Liberation Army Navy (PLAN) is expected to stage a series of exercises that are likely intended to simulate the storming of Taiwanese islands in the region...," The Drive, a US defence publication, reported.

The Drive also speculated the B-2 could be deployed to participate in the Malabar naval exercises that the Indian Navy is expected to host with the US at the end of this year.